Eun-Hee Ji beat Ayaka Furue 3&2 in the final at Shadow Creek to win her sixth LPGA Tour title and her first since 2019. 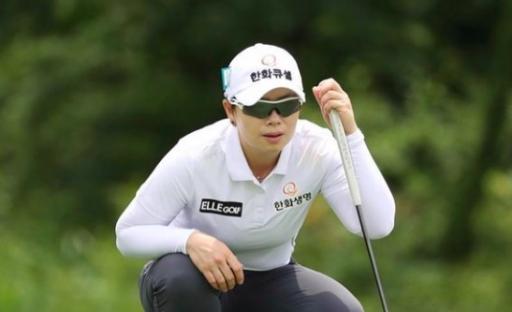 Eun-Hee Ji grabbed the last spot at this week's US Women's Open by winning the Bank of Hope LPGA Match-Play, beating Ayaka Furue in the final.

Ji secured her sixth win on the LPGA Tour at Shadow Creek and her first win since 2019. At the age of 36, she became the oldest ever South Korean winner on tour.

After bogeying two par-5s on the front nine, Ji birdied the eighth hole to make things all square. She then impressively holed her 92-yard approach to the par-5 9th hole for eagle to edge ahead of Furue.

Ji was 2 up with three holes to play and she sealed the deal with a par on the 16th hole, rolling in a 10-foot putt that Furue couldn't match with a par of her own.

Eun-Hee Ji gets her 6th win of her career at the @LPGAMatchPlay, 14 years after winning her first Tour event pic.twitter.com/mZK6lKEuI3

"This wind affects a lot. It was a really hard golf course today, especially from the tee shots. Really have to make sure to keep it in the fairway.

"My feet were almost not moving in the last couple of holes and my back hurts, starting to hurt. (I'm) really tired now."

Ji will now head to Pine Needles this week for the US Women's Open, the event where she won her only major championship back in 2009.