This player earned her playing credentials even though they got a four-stroke penalty after her daughter left her club in the bag. 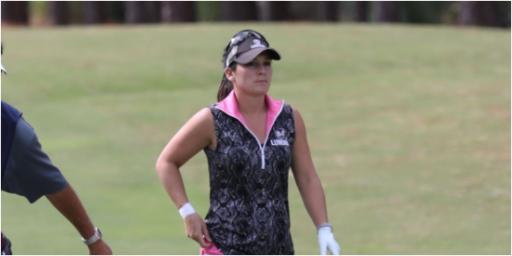 A professional golfer managed to overcome a four-stroke penalty to earn her LPGA Tour card after her daughter accidentally left her club the bag.

Rachel Rohanna, 30, was playing at the Symetra Tour Championship - the final event of the season - when she realised something wasn't right.

She reached into her bag, golfweek reported, only to find that her daughter Gemelia had left her 23-inch U.S Kids 7-iron inside, meaning she had 15 clubs.

Utterly dejected, she called over a rules official and was given a four-stroke penalty, but in the end Rohanna managed to get over the line and finished 10th, which was enough to earn her LPGA playing rights for 2022.

Rohanna has been a touring pro for a long time and won the 2017 Symetra Tour Championship when she was six weeks pregnant, the publication reported.

Finally, a couple of solid rounds to finish off week 1! Some positive vibes heading into week 2 of #Qseries at @pinehurstresort #Road2LPGA #DriveOn @OhioStateWGOLF pic.twitter.com/1kL7VWuGz1

She told golfweek: "I told myself I've made it this far. I'm not going to let anything get in my way at this point."

The players who earned their LPGA Tour cards were:

Rohanna knows just how tough life as a touring pro is.

In the off-season she works at the family butcher shop and is said to be up at 4am most mornings.

She earned $4,429 for her finish at the Symetra Tour Championship.