Phil Mickelson has thrown his toys out of the pram but what do Nelly and Jessica Korda have to say about the "driver" rule? 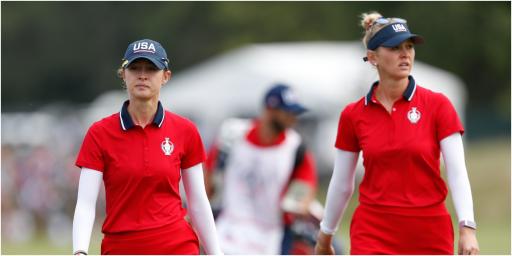 It was the news which led Phil Mickelson to take to social media and bash the USGA and compare them to Forrest Gump.

Stupid is as stupid does, Mickelson fired towards golf's governing body after it was announced a new rule would be adopted next year limiting club length.

It means that golf clubs and tournament organisers can choose whether or not to limit the length of non-putters to 46 inches.

That leaves Lefty scratching his head and will lead to players like Bryson DeChambeau having to rein it in a bit.

The news has been bubbling under the surface since 2016 but some Tour pros have suggested golf has bigger problems to face.

A case in point in that regard is whether or not the arm-lock putter should be allowed as some feel like it is giving players an unfair advantage.

The sisters are playing this week at the Aramco Team Series in New York.

Jessica told the press conference it was "no drama" before Nelly said: "It doesn't affect us."

The ladies' game is widely regarded for their accuracy and ball striking.

But there are of course some bombers.

One of them is Belgium's Anne van Dam, who offered her thoughts on the matter.

She is the LPGA Tour's biggest hitter in driving distance.

"I don’t really see it as a big point. You can do way more with other things– limiting driver heads or balls, stuff like that.

I don’t think this rule will change much, especially in the women’s game."

RELATED: GRANDMA HITS BUNKER SHOT, THEN FALLS IN THE SAND

RELATED: LAMBORGHINI ABOUT TO ENTER THE GOLF MARKET

RELATED: JOAQUIN NIEMANN SHOCKED AS HE PULLS OFF CRAZY BIRDIE

NEXT PAGE: WE WILL SEE ANOTHER PLAYER DOMINATE LIKE TIGER