Danielle Kang had been averaging 230 yards off the tee before one phone call changed everything at the CME Group Tour Championship. 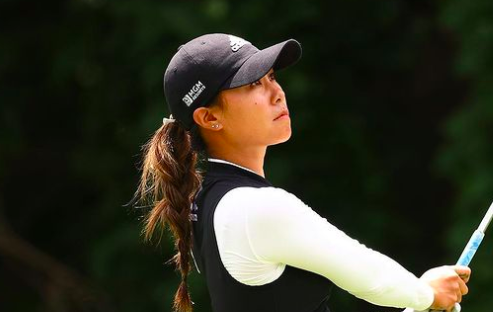 Danielle Kang is not the longest hitter on the LPGA Tour. In 2021, she averaged 252.91 yards off the tee which ranked her at 100 in this discipline.

She was ranked at number 36 in driving accuracy, which is very impressive. But before the CME Group Tour Championship, she had resigned herself to the fact that distance would always be something she lacked.

"I’ve been trying to put on muscle mass, but I haven’t been able to. I’ve been on the road for nine weeks, and in between, gone to my best friend’s wedding. Hasn’t been bad, just haven’t had time, yet do have time, and yet it’s just not doing it," Kang said on Wednesday last week.

"But my 3-wood is only going five yards farther than my driver, so we even thought of, let’s just hit a 3-wood off the tee just to make myself feel better.

RELATED: BRYSON DECHAMBEAU ON KOEPKA: "IT'S DISGUSTING HOW HE HAS TRIED TO KNOCK ME DOWN"

"I don’t really think it’s the equipment. It’s me mostly for me, so I think that’s going to take time to pan out and why."

After the second round of the season's finale, the World No. 11 phoned up Titleist tour rep JJ Van Wezenbeeck who sent over a lower-lofted driver head for Kang to try.

And like that, Kang began to reap the rewards through one simple but effective change to her big stick. It helped her on her way to finishing tied 15th.

"He just sent me a driver head that is a loft lower that we think would help it run. So today I hit it probably 20, 30 yards further than I have been for the last two months, so it was easier. I wasn’t hitting hybrids into greens," Kang said once she played with her reinvigorated driver.

"We thought we would try different settings. As long as I’m hitting my irons the distance that it’s going, it couldn’t have been me, so JJ thought about it and so he sent me a lower loft driver, eight degrees instead of nine or 10 degrees."

Kang, who finished 12th in the Race to CME Globe, showed that endless work in the gym, like Bryson DeChambeau, is not always needed to make crucial gains in your long game.

NEXT PAGE: BROOKS KOEPKA IS NO LONGER A FREE AGENT AFTER SIGNING FOR CLEVELAND/SRIXON