Lydia Ko finished third in the scoring average statistics but she was the only player eligible to win the prestigious LPGA Tour award. 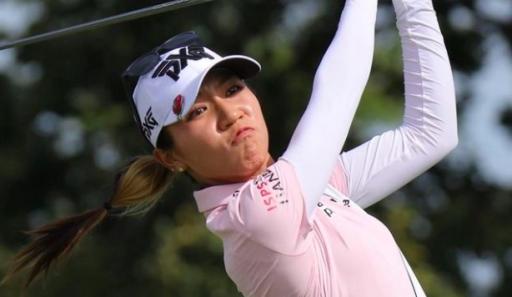 Ko finished the season with her hands on the Vare Trophy which is awarded to the player with the lowest scoring average of the LPGA Tour season.

The 24-year-old finished third in the scoring average rankings behind Nelly Korda and Jin Young Ko on 69.329, but she was the first player to be eligible for the award.

You must play at least 70 rounds throughout the LPGA Tour season to win the Vare Trophy, a rule that recently bemused the Korda sisters as they both knew it was impossible for them to win it before the CME Group Tour Championship began.

RELATED: TIGER WOODS: WHAT YOU MIGHT HAVE MISSED FROM THE 'MAKING PROGRESS' SWING VIDEO

Ko shot 8-under-par in the final round on Sunday in Florida to finish eight shots behind Jin Young Ko. The South Korean won the event and clinched the Rolex LPGA Player of the Year title.

"It's really special because obviously, it sums up the whole season," Lydia Ko said after the round.

"All the other things do, too, but at the end of the day, golf is about how consistently well you can play and what kind of low score you can shoot. And the Vare Trophy obviously exemplifies that.

"I didn't even know that I was close this year until news came out and I realized a couple of months ago.

"Last week wasn't really on my schedule but ended up being worth it."

Ko's participation at last week's Pelican Women's Championship and the season finale essentially confirmed her name on the Vare Trophy.

The woman from New Zealand has had a solid season, winning the LOTTE Championship back in April and coming second on four other occasions.