LPGA star on the dress code in Saudi Arabia: "It feels like we're in BODY suits"

Minjee Lee has revealed the effects of the dress code at the Saudi Ladies International. 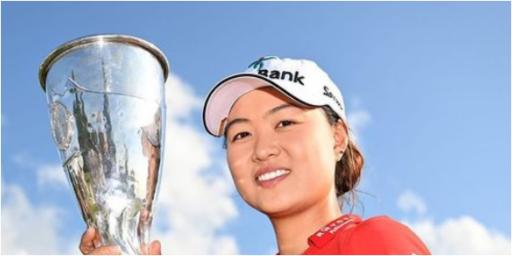 One of the stars of the LPGA tour has revealed the brutal effects of the dress code in Saudi Arabia.

This week Ladies European Tour is at the Royal Greens Golf and Country Club for the Saudi Ladies International.

It's an uncomfortable topic as Greg Norman has been unveiled as the CEO of a new investment group bankrolled by the Saudis.

With the purchase of Newcastle United in the Premier League, it appears Saudi influence in world sport is growing.

MORE: WHAT SHOULD CHANGE IN GOLF?

There is a dress code for women and Minjee Lee, 25, has revealed how it had left her feeling "cooked after nine holes".

She told the Associated Press: "It's just disrespectful for religious purposes to show your skin.

"We have to cover our legs so we don't show too much skin so it just feels like we're in body suits in really hot heat.

"(Dress) below the knees for women. No sleeveless (tops), no shoulders showing.

"It's just a respect thing but it does feel hot."

Lee is 4-under through 36 holes so will need to go flag-hunting over the weekend if she is to pull herself back into contention.