Ryan Fox is in contention yet again at the BMW International Open on the DP World Tour, but he experienced something that every golfer dreads on Saturday... 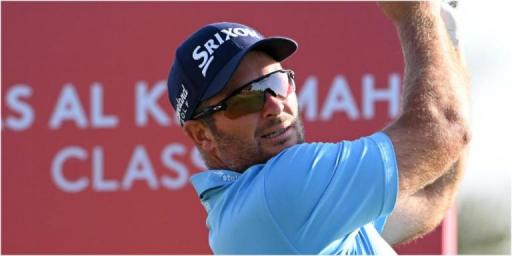 Ryan Fox is one of the most in-form players on the DP World Tour this season as he looks for his second win of 2022 at the BMW International Open.

Fox shot a 71 on Saturday to fall five shots behind Haotong Li on 15-under-par and this wasn't helped by some rotten luck on the 3rd hole.

The New Zealander was tapping in for par on this par-4 at Golfclub München Eichenried in Munich, but his ball simply didn't want to drop in the hole.

The ball curled around the whole cup and stayed above ground. It is one of the most extreme horseshoes we have seen this season and it meant back-to-back bogeys for Fox at an important stage of the tournament.

He managed to counteract this error with seven birdies on the day, but Fox also made a damaging triple-bogey on the par-3 12th hole to fall further behind the leaders.

He is currently seventh in the DP World Tour rankings and he has, without doubt, been one of the standout players of 2022. He is ranked sixth in stroke average and unsurprisingly, he is ranked ninth in driving distance.

The DP World Tour has recently issued fines and bans for its members who defied regulations to play in the first event of the LIV Golf Series, a move Fox felt was necessary before last week's US Open.