Niall Horan is obsessed with golf. Leona Maguire knows this. But what does she make of his skills? 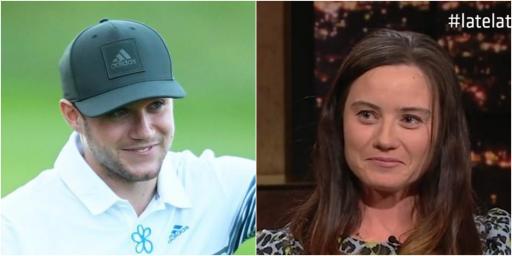 Horan was set to appear on RTE's The Late Late Show with Maguire but unfortunately he fell ill during his flight over.

So she spoke to host Ryan Tubridy alone. Perhaps Horan's absence made her feel more comfortable in discussing his golf skills?

Maguire explained of Horan: "He's obsessed with golf, loves the game [and] fantastic to have him as part of my team as well."

Has she played with him?

Good for what he needs to be? Ouch.

"Yeah I mean he's golf mad. He plays all the time. It's maybe been a couple of years now since I've played with him.

"He's definitely been working on his game.

"Look, he's about a seven or eight handicap. So he's pretty handy, alright? Yeah, no, he can hold his own."

Maguire became the first Irish golfer to win on the LPGA Tour earlier this month.

She won the Drive On Championship by three strokes over Lexi Thompson.

She admitted her emotional victory was 17 years in the making.

It followed an impressive season where the only thing that was missing was a win.

Maguire had a stellar amateur career, too. Surely a major championship now beckons?