Jack Nicklaus says he will no longer take part in the Par-3 at The Masters at Augusta National. 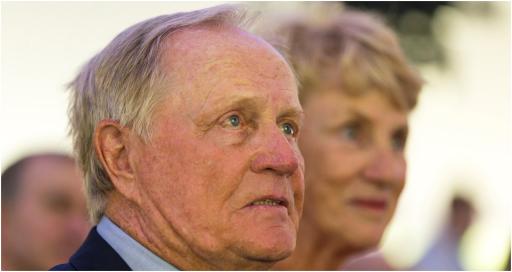 Legendary golfer Jack Nicklaus says he is done with the Par-3 contest at The Masters, adding: "I just can't play anymore".

The Golden Bear will be joined by a new but familiar face on the first tee on 7 April as Tom Watson has been named as a new honorary starter alongside Gary Player.

The Wednesday before the tournament gets underway sees the traditional Par-3 contest. His grandson Gary Nicklaus Jr. memorably made a hole-in-one in 2018.

Grandad Jack said it was the greatest day he ever had at Augusta National, which is saying something.

"Even though I don't play anymore, it's fun to be there," Nicklaus told Golfweek.

"It's fun to go to the Masters dinner. I'm done with the Par-3, but toward the end of my career, I used to play every year. But I just can't play anymore."

Nicklaus played his last Masters in 2005. His first appearance at Augusta National was in 1959. He has won six green jackets.

Newcomer to the group Watson played in the group when Nicklaus's grandson Gary, known as GT, made the ace when he was 15 years old.

At the ninth hole, measuring at approximately 112 yards, the ball sailed past the pin, ripped back and made its way into the cup.

Grandad celebrated wildly, delivering a worthy bear hug amid a flurry of high fives and congratulations.

He said at the time: "I didn't want to be disrespectful because six green jackets are pretty good.

"But that's about yourself. When something happens with your children or your grandchildren, that's far more special to you.

"And so yesterday, I said, was the greatest day I've had at Augusta National."

Listen in as @garyplayer narrates Gary Nicklaus Jr.'s hole-in-one on No. 9 of the Par 3 Contest. #themasters pic.twitter.com/9NTARoy3gE