Paige Spiranac posts about Only Fans, then Instagram removes her Story 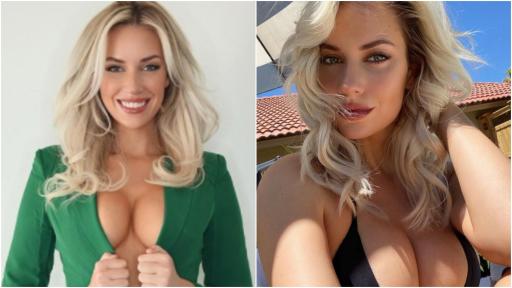 Paige Spiranac has taken to her Story to reveal her fury at seeing Instagram remove her April Fools Day joke about joining Only Fans.

Spiranac jokingly posted a picture on her Instagram Story telling her followers that she had joined the content subscription service, only for the Swipe Up link to direct viewers over to her Shopify page to purchase her new Masters-inspired towels ahead of the year's first major at Augusta National.

The social media sensation, who now has more Instagram followers than Tiger Woods with a whopping 3 million, then posted a second image to her Story of her dog with the caption: "April Fools... but really, go buy my towel!"

Two hours later, Spiranac then revealed how her Story post had been reported by a number of people and that Instagram had taken it down, as according to the company, her post went 'against community guidelines'.

Spiranac then ranted about seeing her post taken down.

"I put up a Story, joking that I'm going to have Only Fans with a Swipe Up, and it got removed. You f'ers got it removed. You reported me, and what actually p***** me off is because Instagram, why did you remove it?

"I wasn't even promoting Only Fans. That picture had no nudity, there was no nudity involved. You have other girls that actually post nudity on here, and they don't get removed. What's that about?

"So swipe up and go and buy my towel."