Make your course a haven for wildlife, says RSPB 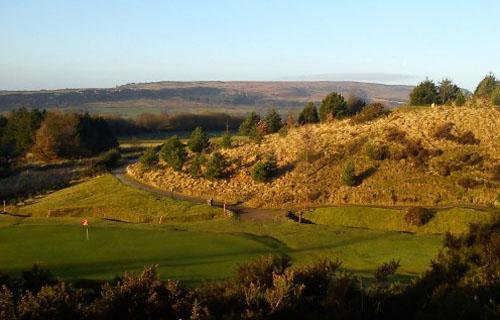 Golf courses are not without their critics but they have a vital part to play in reversing a decline in many UK wildlife species.

Environmentalists have decried them because they claim the natural habitat can be destroyed to build them and the fact that vast amounts of water are required for them to stay lush and green.

Course managers are condemned for the excessive amounts of pesticides and fertilizers they use and for the trend of supplanting natural character with artificial or synthetic landscape features including plastic walkways to accommodate trolleys and buggies.

Yet in 2009, the Royal Society for the Protection of Birds (RSPB) – Europe’s largest wildlife conservation charity – spoke up in support of golf courses and the role they can play in providing sanctuaries for threatened birds and other wildlife. In a joint publication produced by the RSPB and the R&A, golf’s governing body (Birds and Golf Courses: A Guide to Habitat Management), marked a clear change in attitude that led to more courses becoming wildlife havens.

The publication highlighted UK courses where wildlife friendly measures have been a introduced with guidance for golf clubs keen to do more for birds and other wildlife.

At the time, the RSPB’s Nigel Symes, who co-wrote the publication said: “Golf courses may have gained a bad reputation, perhaps not always justified, amongs environmentalists but that's changing.

“The truth is that every golf course has potential to be a sanctuary for wildlife, and to provide an important stepping stone for birds and other animals whose habitat is under threat. While researching this report we have come across a lot of inspiring examples of golf clubs which are doing really great things for wildlife."

Five years on, an ever increasing number of UK golf courses have implemented initiatives to help wildlife, birds and natural habitat. Some have looked at what they can do for skylarks, woodlarks, corn buntings and all kinds of birds by planting native plants like heather and creating reed beds and hay meadows.

Others have dramatically reduced their use of harmful chemicals and introduced wildlife gardens meadows to attract pollinating bees, birds and butterflies. Many golf clubs now publicise the wildlife species that can spotted on their fairways, from birds of prey nesting on the signature 13th to grass snakes, herons, hedgehogs and woodpeckers sighted in the rough.

“Across the UK there is 140,000 hectares of rough and out-of-bounds areas on golf courses which could be managed for wildlife," says RSPB spokesperson Sarah Woods. “This is roughly the same sized area covered by all the RSPB’s UK nature reserves.

“For most golfers part of the enjoyment of a game is fresh air, the sound of wild bird song and the rustles, flutterings and squawks that you hear as you walk around a course early in the morning or late afternoon – it can more than make up for a poor game of golf.”

Of course, these managed green spaces aren’t surrogates for protected land and ecosystems, but they can include suitable habitat for species native to the area. Increasingly golf course designs are leaving established natural features in place as natural hazards and because they are often located on naturally free-draining land, such as sandy heathland or chalk, they are increasingly making the most of this natural asset.

In the UK, golf courses are found on coastal plains, wetlands, in woodlands and in valleys and are often the place where migratory birds make their first landfall. Today, many golf courses look as if they have been designed for nature – because many actually have.

A major RSPB campaign, launched this summer, focused on helping halt the decline in numerous species of garden wildlife following a UK report that revealed around 60 percent of species are now in decline. It is urging all golfers who enjoy playing a round accompanied by the sounds of flapping, fluttering, buzzing and snuffling creatures and birds to “do their bit for nature” – such as encouraging their club to provide a better home for nature.

Across England, there are more than 100 sites of special scientific interest (SSSIs) found on golf courses, including Lytham St Annes and Royal St Georges renowned for their abundant wildlife.

To encourage a greater number of wildlife species in out-of-play areas and surrounding woodlands or hedgerows, golf courses are urged to try the following:

*Only cutting the grass, hedges and shrubs once a year to allow wild flowers, berries and fruits to flourish and attract butterflies and bees.

*Allowing grass to grow and plants like ivy to grow on trees to provide better food, cover and foraging territory for bugs, birds and bats.

*Reducing the amount of pesticides and fertilizers used

“For golfers, landing in the rough is a nightmare we’re keen to avoid,” Woods adds: “However, it’s a joy for birds, small mammals, wildflowers and insects, especially butterflies who relish the opportunity to flit amongst the sweet-smelling mosaics of flowers and grasses. I can’t imagine teeing off without hearing the sounds of nature around me – it’s an intrinsic part of my golfing enjoyment.”

Golf courses offer amazing opportunities for wildlife photography too with pools, lakes and ponds attracting large number of ducks, waders and shore birds and lots of open habitat blessed with great light. Many golf courses have erected bird houses to attract swallows and martins – you’ll be pleasantly surprised by how many new species you can see before you hit the back nine.

Early morning and just before sunset are good times of the day – so be sure to pop a pair of binoculars and a camera in your golf bag!

To find out more about the RSPB’s Giving Nature a Home campaign visit www.rspb.org.uk

Tell us on the forum about the wildlife you regular spot on a course near you...