Greg Norman has responded after being rejected twice by the R&A to play the landmark 150th Open Championship. 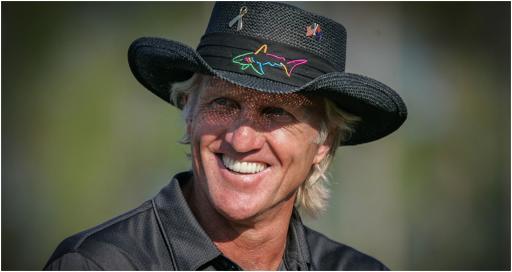 Two-time Claret jug winner Greg Norman has reacted to his Open snub by saying he is "disappointed" with the decision.

At the end of April, Norman revealed his intentions to try and play the landmark 150th Open at St Andrews.

Norman, 67, thought he could still get a special exemption to play despite the cut-off for past champions participating is 60.

But the R&A stated twice that they did not have any plans on changing its stance on "any additional exemptions".

Their statement read: "The entry terms and conditions for The Open stipulate that a champion must be aged 60 or under or have won the championship in the previous 10 years to be exempt from qualifying.

"That remains the case for The 150th Open and we have no plans for any additional exemptions."

Norman reportedly responded to this by writing a letter to request a special exemption but again it was refused.

The Great White Shark told Australian Golf Digest: "I'm disappointed with their decision, particularly given it is The 150th Open.

"I have been a staunch proponent of the R&A since 1977 and a proud Champion Golfer of the Year – twice."

Norman, of course, would be able to participate by going through qualifying, but he has said he has no plans to do so.

Mark Calcavecchia, 61, has been given a special exemption to participate because his farewell Open was cancelled because of the pandemic.

Norman has been consistently in the golf news over the last year ever since he was named chief executive of LIV Golf Investments.

The LIV Golf Invitational Series - bankrolled by the Saudis - begins next month at Centurion.

Over the global eight-event series, the total prize purse is $255million.

This week, Lee Westwood revealed his long-assumed intentions to participate.

As did England's Richard Bland.