Daniel Berger has been forced to withdraw from the landmark, 150th Open Championship at St. Andrews. 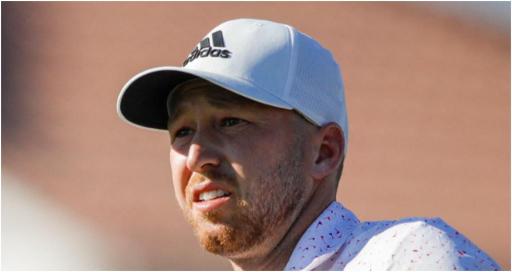 Spare a thought for Daniel Berger, who has been forced to withdraw from the 150th Open Championship at St. Andrews next week.

Berger has been nursing a back injury for quite some time and it even forced him out of the most recent event on the PGA Tour at the John Deere Classic.

He did that in an attempt to try and make sure he could tee it up at the Old Course at St. Andrews in what promises to be a major for the ages.

Tiger Woods is having one last crack at The Open at St. Andrews and so this is utterly devastating news for the 28-year-old four-time PGA Tour winner.

The news of his withdrawal was confirmed on Friday morning by Golfweek. He has been replaced in the field by Sahith Theegala, who has impressed this season as a rookie.

Theegala was close to victory at the WM Phoenix Open and was left in floods of tears when he couldn’t get over the line. It was the start of an incredible run by Scottie Scheffler.

At the time, he was the defending champion. He has previously told the PGA Tour’s official website that he suffered a sacroiliac joint strain in the part of the body that links the lower spine to the pelvis.

He played through the pain at Torrey Pines and also at the Farmers Insurance Open. Berger is now ranked at No. 25 in the Official World Golf Ranking.

His best finish this season came when he finished T-5 at the Memorial at Jack’s place. He also was involved in a memorable rules dispute with Viktor Hovland and Joel Dahmen at The Players at TPC Sawgrass.

Berger missed the cut at the most recent major at The Country Club at Brookline in the U.S. Open which was won by England’s Matt Fitzpatrick in thrilling circumstances.