LIV Golf commissioner Greg Norman has been told he isn't welcome to attend the Celebration of Champions day on Monday ahead of The 150th Open Championship. 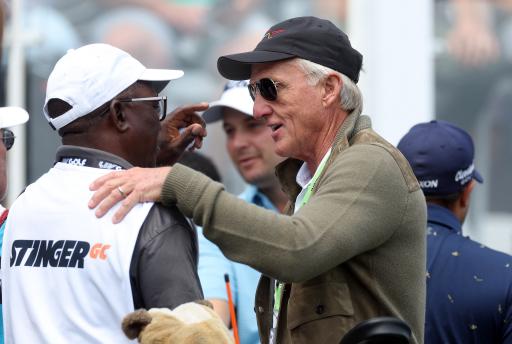 The R&A has told LIV Golf commissioner Greg Norman that he isn't invited to the Celebration of Champions day on Monday, July 11.

Norman has been denied a place in the field despite having won The Open in 1986 and 1993.

"In response to enquiries regarding The R&A Celebration of Champions field and the Champions' dinner, we can confirm that we contacted Greg Norman to advise him that we decided not to invite him to attend on this occasion," the statement said.

"The 150th Open is an extremely important milestone for golf and we want to ensure that the focus remains on celebrating the championship and its heritage.

"Unfortunately, we do not believe that would be the case if Greg were to attend. We hope that when circumstances allow Greg will be able to attend again in future."

The Celebration of Champions day will see a distinguished field of Open winners, women's major champions and male and female amateur champions, as well as golfers with disability champions.

It will be a four-hole event played on the 1st, 2nd, 17th and 18th holes of the Old Course. Collin Morikawa is set to hit the opening tee shot at 3.05 pm in the same group as Anna Nordqvist, Jess Baker and Keita Nakajima.

Tiger Woods and 2014 Open champion Rory McIlroy will play with Georgia Hall and the legendary Lee Trevino in the final group at 5.05 pm.

This is the first significant move that the R&A has made in opposition to the LIV Golf Invitational Series which has attracted some of the game's biggest names from the PGA Tour with huge prize purses.

Hostilities are ever-increasing between Greg Norman's Saudi-backed series and the PGA Tour. In the two events which have been held in Hertfordshire and Portland, $50 million has been dished out to two 48-player fields.