Hideki Matsuyama and Matthew Wolff WITHDRAW from the Open Championship

Hideki Matsuyama has tested positive for Coronavirus, while Matthew Wolff has not given a reason for his withdrawal as of yet. 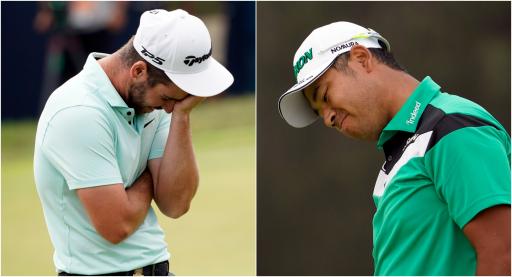 Hideki Matsuyama and Matthew Wolff have withdrawn from next week's Open Championship, the final major tournament of the season.

Matsuyama, who secured his first major win at The Masters in April, is symptom-free of the virus but he has continued to submit positive tests.

The Japanese star first tested positive on July 2nd during the Rocket Mortgage Classic and after isolating for a sustained period of time, he and his team have taken the decision to withdraw.

"Combining that with the difficult travel to the UK, my team and I have decided it's best to withdraw to ensure everyone's safety.

"I feel badly missing the Open and look forward to playing again at St Andrews next year. I'd like to thank the many golf fans for their continued concern and support as I strive to return to the game I love as soon as possible."

Harold Varner III, who recently had a chat with GolfMagic, has replaced Matsuyama for the 149th renewal of the event at Royal St. George's.

Wolff, whose withdrawal is announced along with K.H Lee and Danny Lee as well, has not given a reason for pulling out of the event as of yet.

The 22-year-old took a break from the PGA Tour between The Masters and the US Open to deal with mental health issues, but he bounced back with a tied 15th finish at Torrey Pines.

Wolff, K.H Lee and Lee will be replaced by Andy Sullivan, Antoine Rozner and Troy Merritt. Sungjae Im and Si-Woo Kim are choosing to bypass the event to focus on the Olympics, while Kevin Na isn't playing due to "travel restrictions."

NEXT PAGE: GOLF FANS REACT AS AIRBORNE BALL IS STRUCK BY LIGHTNING AT TOPGOLF IN AMERICA!