Former US PGA champion Rich Beem believes Tiger Woods' experience at St Andrews and his creativity will give him a chance at The 150th Open Championship. 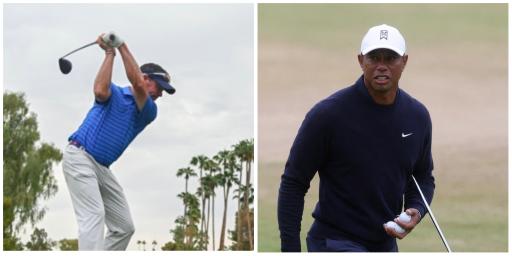 Speaking with BoyleSports Golf Betting, Beem believes the flat Old Course at St Andrews will more suit Woods' physical capabilities compared to the hilly terrains that clearly fatigued him at The Masters in April.

The 46-year-old was also overwhelmed by the conditions at the US PGA Championship at Southern Hills, so much so that he was forced to withdraw after footage emerged of his right leg buckling while walking in Tulsa.

His comeback win at Augusta in 2019 was incredible and so was his 15-shot victory at the US Open in 2000, but Beem believes a potential 16th major win this week would be the highlight of Woods' illustrious career.

"The good thing about St Andrews is that it's flat and he won't have to walk uphill. It's more simple for him," said Beem.

"I think when it comes to the golf course, you don't have to overpower it and because of the conditions and lack of rain recently, it helps him. He spent so much energy at Augusta trying to make the cut that his body just gave away at the weekend.

"When your legs go, your whole body starts shaking. If he can maintain his energy and strength in his legs, then I'd give him a decent shot because I think the creativity he has on and around the greens is second to none.

"Best ever. Number one. If he did that (won) he should just walk over with the Claret Jug and say: 'Hasta La Vista, kids, I'm out of here" and go and buy an island if he hasn't already.

"Even making the cut at Augusta and the PGA was unbelievable. In order to play 72 holes around here, it still grains you mentally and physically. It would just be other-worldly if he won."

Woods has played over 50 practice holes this week ahead of The Open, as well as playing the four-hole Celebration of Champions event on Monday.

He has won two of his three Claret Jugs at the home of golf, most recently in 2005, so if there was a course that played to Woods' strengths, it would be St Andrews.