Jon Rahm expressed his frustration at the claims 2022 was an "off-year" for the Spaniard in Dubai last week. He put those claims to bed with a third win at the DP World Tour Championship. 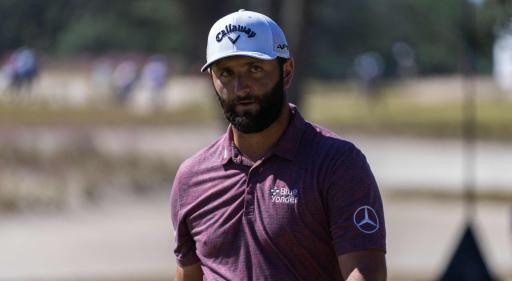 Jon Rahm was dethroned as World No.1 by Scottie Scheffler at the WGC Match Play in 2022 as the American continued his incredible run of form on the PGA Tour.

The Spaniard also failed to finish in the top 10 of all four majors. Despite winning the DP World Tour Championship for the third time and winning the acciona Open de Espana on home turf in recent months, he remains fifth in the world rankings.

If he had his time again, perhaps Rahm would've wanted another major triumph or to maintain his spot at the top of the OWGR pile, but using the term "off-year" would be an exaggeration to describe his season.

This is the term Rahm referred to while winning in Dubai last week. He won on the PGA Tour in May which took his tally to seven on the circuit and he is also now a nine-time winner on the DP World Tour.

"Obviously I would like it to be better but I think all of us would take what I did this year as a bad year," Rahm said. It's hard to disagree and we have five reasons why it hasn't been bad in the slightest.

In 2022, Rahm won three times. He proved why he was the strong favourite at the Mexico Open at Vidanta by carding rounds of 64, 66, 68 and 69, completing a one-shot win over Brandon Wu, Tony Finau and Kurt Kitayama.

He won the acciona Open de Espana in October, which we will come to soon. And of course, he won on the Earth Course at Jumeirah Golf Estates with a final-round 67.

With much talk about growing the game with the emergence of LIV Golf and players expressing their desire to play golf around the world, Rahm was not only well-travelled this year, but he came back with some shiny new trophies.

Becoming a dad for the second time

Ahead of the FedEx St. Jude Championship in August, Rahm and his wife Kelley welcomed their second child, Eneko, to the world.

The 28-year-old couldn't see his newborn for three weeks as he competed in the FedEx Cup Playoffs, but he used this new stage of his life as an inspiration to finish tied for 15th in the Tour finale.

"When I see that type of happiness, it’s a lot easier for me to go out there and compete," he said.

Ahead of the acciona Open de Espana at Club de Campo Villa de Madrid, Rahm knew that if he won his third title at this event, he would equal the tally of the great Seve Ballesteros.

He duly obliged by carding rounds of 64, 68, 65 and 62 to romp home by six shots. It was also his third win in the last four years of this DP World Tour event.

"It was the goal coming in; Seve is a great hero of mine and to do something he took his whole career to do in just a few years is quite humbling," Rahm said.

"It’s emotional. Going up the 18th hole I knew what was about to happen and to get it done like that, I can’t describe it."

The voice of reason

2022 has been a year of immense hostility in professional golf. The rise of the LIV Golf Series has caused verbal wars, as well as legal ones, including the likes of Greg Norman, Jay Monahan, Rory McIlroy and Phil Mickelson.

But when Rahm has been given the chance to voice his opinion on LIV-related matters, he's often provided a viewpoint which suggests harmony and cooperation.

In October, Rahm said that the Ryder Cup is Europe vs USA and said it is "not the PGA Tour and European Tour against LIV." Many players on the LIV Golf Tour risk complete exile from the famous tournament.

After winning in Spain in the same month, Rahm also congratulated Eugenio Lopez-Chacarra for winning the LIV Golf Invitational in Bangkok.

"Although some people want to make us look at them (LIV Golf) as the enemy, he is just a 22-year-old guy winning against some of the best players in the world. Congratulations if you see this Eugenio," Rahm said in Spanish.

Rahm chose the moment to rise above the tension between the PGA Tour and LIV Golf and the suggestions of hostility and dislike between players from the opposing tours were squashed in this case.