Bidders on Golden Age Auctions can battle it out for Tiger Woods' Sunday red shirt which he wore in the final round of the 2010 Masters. 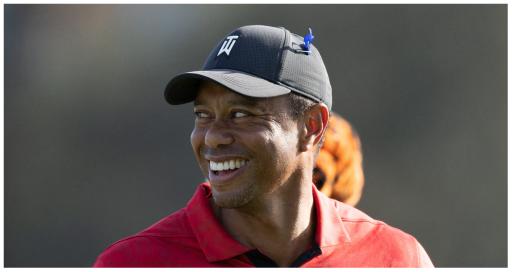 A new piece of Tiger Woods memorabilia has been put on Golden Age Auctions and it is expected to sell for an incredible figure.

The red Nike T-shirt which Woods wore in the final round of The Masters in 2010 is the item and the timing of his choice to wear this shirt makes its significance even greater.

This was his first appearance at a tournament since he became embroiled in a sex scandal which came out in 2009. It was reported that Woods had a number of sexual partners which culminated in a public apology in February 2010.

Woods came tied for fourth at Augusta National that year, five shots behind Phil Mickelson. The opening bid for the shirt was $5,000, but the final figure is set to be well over this mark.

The auction began on Tuesday and will finish on December 10. Carey also believes this is the "only Sunday red from a Masters tournament" to be auctioned. The shirt is also signed by the 15-time major champion himself.

Memorabilia from Woods' career has previously popped up on Golden Age Auctions in 2022. Back in April, the clubs he used to win the 'Tiger Slam' sold for $5,156,162.

The 46-year-old used nine Titleist 681-T irons and two Vokey wedges when he won the US Open, The Open and PGA Championship in 2000 and he completed the slam by winning The Masters in 2001.

Earlier this month, it was reported the golf ball Woods used to make a hole-in-one at the 1996 Milwaukee Open had gone up for auction on Heritage Auctions.

"It unquestionably ranks among the finest artefacts of Tiger Woods' peerless career ever made available at public auction," Heritage Auctions said.

Next page: Tiger's legendary caddie to come out of retirement