Rules official has a shocker as he gives Sorenstam some costly advice surrounding a gate... 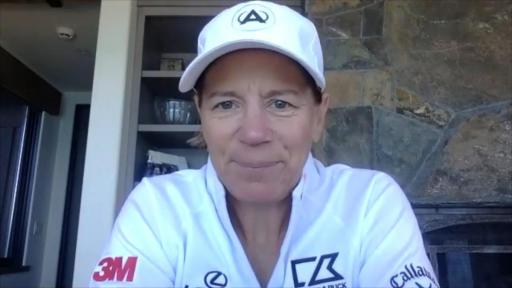 Annika Sorenstam made the cut in her first tournament back on the LPGA Tour since 2008 at the Gainbridge LPGA, but the week was not without its fair share of rules controversy.

Sorenstam, 50, shot a 1-under 71 at Lake Nona on Friday to make the halfway cut on the number at 2-over par, but her score could have much better had a rules official not given her wrong advice on the 5th hole.

The option to rescind the penalty is not available under the Rules of Golf. The official met the player immediately following her second round to explain the mistake and apologize. (3/3)

The former ladies World No.1 sent her drive underneath a gate but her ball was just in bounds. Sorenstam called over an LPGA rules official, who then determined that she could not open the unlocked gate in order to make a swing at her ball.

Sorenstam was advised to take an unplayable, which resulted in a penalty stroke, and she would go on to record a triple-bogey on the hole.

After her round on Friday, the rules official, Dan Maselli, told Sorenstam that he had given her incorrect advice. Under the new Rules of Golf, updated in 2019, Sorenstam was allowed to open the gate to play her shot:

"Regarding the Ruling given to Annika Sorenstam on the fifth hole during the first round of the 2021 Gainbridge LPGA, the official on scene linked the word “integral” to the gate meant that it could not be moved," the LPGA told Golfweek.

"This was an error under the definition of an Immovable Obstruction in the Rules of Golf. The gate is considered moveable if proven to be unlocked (Rule 16), and therefore could have been moved to allow the player to hit the shot.

"The option to rescind the penalty is not available under the Rules of Golf. The official met the player immediately following her second round to explain the mistake and apologize."

Sorenstam then retold a conversation she had with the rules official, who clearly felt devastated by his bad advice.

Sorenstam went on to finish last of those making the cut, finishing the week on 11-over par.