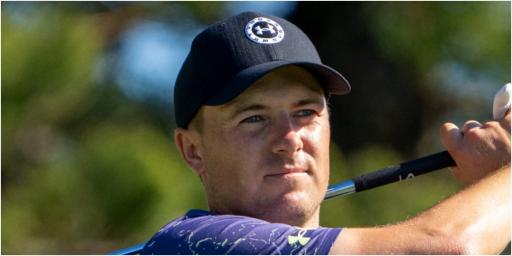 The PGA Tour heads to California this week for the AT&T Pebble Beach Pro-Am and is headlined by the likes of Jordan Spieth.

Daniel Berger is the defending champion and there is a prize purse of $8.7 million, with the eventual winner taking home $1.56million.

What's interesting is that this tournament is being played at the same time as the Saudi International, with several big name players taking part in that tournament and needing clearance by tour officials to play.

Going forward, they will be expected to support this tournament. At the time of writing, golf bosses were braced for an announcement by Greg Norman detailing his plans for the Asian Tour this season.

But back to the PGA Tour, where there are a bunch of celebrities who will peg it up alongside the regulards. Those celebrities include Bill Murray, Larry Fitzgerald, Alfonso Ribeiro, Macklemore, Josh Allen and Mia Hamm.

Spieth is joined by other notables in the field such as Patrick Cantlay, Will Zalatoris, Jason Day and Min Woo Lee.

In the United States, on Golf Channel and CBS.

In the United Kingdom, Sky Sports has the coverage.

Coverage starts everyday from Thursday at 4.30pm GMT, apart from Sunday when it starts at 3.30pm.

Find out how to watch the PGA Tour on ESPN+ here.

Patrick Cantlay is the favourite at 8/1.