Sepp Straka fired a superb first-round score of 8-under-par to lead the way in Japan by one shot. 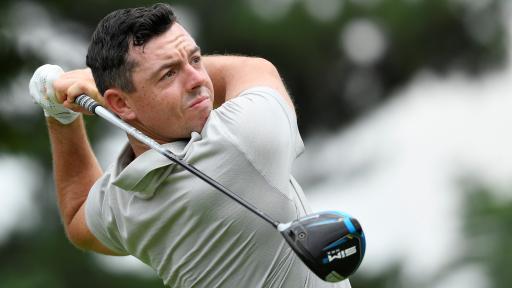 Austria's Sepp Straka surged into an early lead at the Tokyo Olympics with a first-round score of 8-under-par, as Rory McIlroy made a solid start on 2-under-par.

Austria have won three medals at the Olympic Games so far this year, one of each colour, and Straka has made a great start to add to this tally with a bogey-free 63.

The 28-year-old carded four birdies on his front nine and back nine at Kasumigaseki Country Club to finish in 8-under-par and well in the hunt for a gold medal.

Rory McIlroy, who said in the week that he 'never dreamed of winning a gold medal' in golf, joins 2021 Open champion Collin Morikawa on 2-under-par after day one.

McIlroy is representing Ireland alongside Shane Lowry and he made a good start to his Olympics campaign with four birdies and two bogeys in a round of 69.

Paul Casey is currently leading the charge for Team GB as the experienced Englishman carded a solid score of 4-under-par to sit just four shots behind Straka.

Casey spoke of his love for the Olympics this week and his pride to represent Team GB, saying that there would be no greater achievement in his career than winning a gold medal.

RELATED: PAUL CASEY: NOTHING BEATS WINNING A GOLD MEDAL AS A GOLFER!

His teammate Tommy Fleetwood is seven shots behind the leaders on 1-under-par, in an incredibly erratic and extraordinary round for the man from Southport.

Fleetwood carded an eagle, six birdies, two bogeys and two double-bogeys in the first round to finish with a score of 70, level with Ireland's Lowry.

Xander Schauffele is currently leading the American charge in Japan, as he carded a 3-under-par 68 to sit five shots behind Straka.