Bryson DeChambeau thought he had missed the cut at the Wells Fargo Championship and began his journey back home to Dallas. 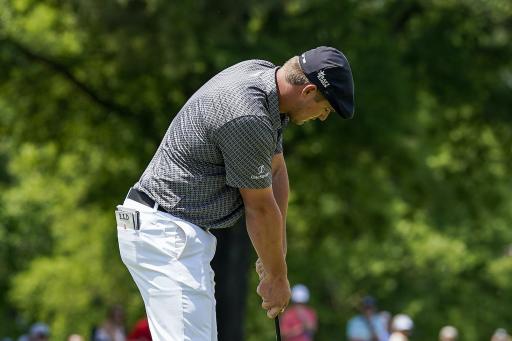 Bryson DeChambeau had to perform a dramatic U-turn back to North Carolina, after realising he had made the cut at the Wells Fargo Championship.

The 27-year old finished on 2-over-par for the tournament after his round on Friday and he assumed he had missed the cut line, but the cut was in fact 2-over-par.

GolfWrx picked up on DeChambeau heading home to Dallas to start work in the gym, before realising that he had to head back to Quail hollow Golf Club for the third round on Saturday.

The World No. 5 is making his first appearance on the PGA Tour since The Masters in April and the big-hitting American got off to a solid start with a round of 1-under-par in the first round.

But the US Open champion struggled on Friday, making a triple-bogey on the par-5 7th hole and his weekend was in jeopardy. He made two more bogeys and shot a 3-over-par round of 74.

Luckily, DeChambeau realised he had made the cut before it was too late and returned to the Wells Fargo Championship for the weekend.

The 8-time PGA Tour winner has enjoyed a great season so far, winning the US Open back in September and taking the Arnold Palmer Invitational title in March.

Patrick Rodgers, Gary Woodland and Matt Wallace all finished on 6-under-par after the first two rounds in North Carolina and led by one stroke from Kramer Hickok.

NEXT PAGE: BRYSON DECHAMBEAU: WHAT'S IN THE BAG OF THE US OPEN CHAMPION IN 2021?