DEBATE: Will Rory McIlroy return to be world number one with Michael Bannon?

The Northern Irishman is back working with his childhood coach after a brief split, but will he return to the top? 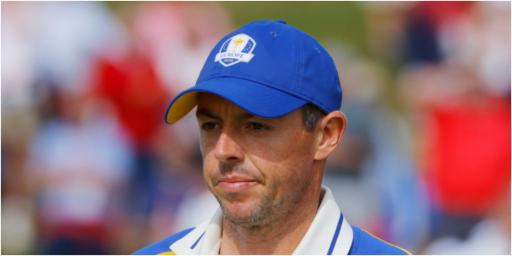 When Rory McIlroy turned professional and bounced down the fairways with that fantastic barnet beneath his hat we could be forgiven for thinking the Northern Irishman would ever go through periods of crisis.

He made the game look so easy and what's more, it looked like he enjoyed the game so much more than he does today.

Of course, McIlroy is not a miserable soul on the golf course. Far from it in fact. But you can tell things bother him, even if he won't admit it.

Whether it's the fact he still has trouble with his wedges or he's not rolling it on the greens how he wants. McIlroy has previously set such high standards that it's difficult getting back there, let alone maintaining them.

MORE: SEAN FOLEY ON HIS SPLIT WITH JUSTIN ROSE

What is bothering McIlroy now?

There was more change in the McIlroy camp this week when he confirmed he has returned to Michael Bannon. It's not a full split from Pete Cowen.

He'll go back for some advice here and there, but predominantly it's just Bannon and McIlroy.

But perhaps there may be another reason why they cannot fully part ways.

Taking a look at this quote from Cowen in a GolfDigest interview in 2019, then this could be in the back of McIlroy's mind.

Cowen told the publication: "If the player leaves my camp, for any reason whatsoever, and doesn't leave a token bit of compensation in place, said player cannot come back."

Yikes. Okay then. Cowen went to to explain that previously a former Ryder Cupper he was working with decided to do his own thing but his agent came crawling back to him. "You obviously weren't listening," Cowen reportedly told the agent, declining to work with him again.

This is an interesting approach from Cowen, and certainly speaks to the levels of confidence he has in himself. But damn, doesn't this come across as far too arrogant? Perhaps the further McIlroy can get away from this guy the better.

What's strange is the timing. Only last month did McIlroy break another winless spell by clinching the CJ Cup at Summit in Las Vegas. It was his 20th PGA Tour victory. To put that into context, he's already won more than Phil Mickelson did on the PGA Tour when Lefty was 32.

He's clearly on an upward trajectory after an emotionally draining and dismal Ryder Cup performance. A personal bit of pride was salvaged with a Sunday singles victory over Xander Schauffele.

So what gives, McIlroy, why now? Isn't this game all about winning. Doesn't your victory in Las Vegas prove you are on the right path?

McIlroy has known and worked with Bannon since the age of eight. They've won four major titles together. The pandemic meant Bannon was unable to travel to the United States to continue working with McIlroy, so perhaps the former world number one was always going to return to Bannon. Who knows.

What we do know is that 2022 will be an interesting year for McIlroy. Jon Rahm has well and truly arrived. Others are emerging too. A certain Mr Morikawa looks like he could dominate.

We asked our readers if they thought McIlroy will return to the top of the world in 2022 now he is working with Bannon again and the results were interesting.

Will Rory McIlroy return to be the world number one again now he's gone back to his old coach?

This is what they said about his split with Cowen, too:

Not sure why you'd want to change when you've just won a PGA Tour event but fair play.

You can have too many coaches, stick to one.

There must be a reason for his descending curve in golf.

Great decision, why he split from him before only they know but surely Michael knows him inside and out.

Tiger Woods went through several different coaches and they all helped in different ways. Rory should try that.