Butch Harmon is back working with Rickie Fowler and the legendary golf coach has promised further progress from the five-time PGA Tour winner. 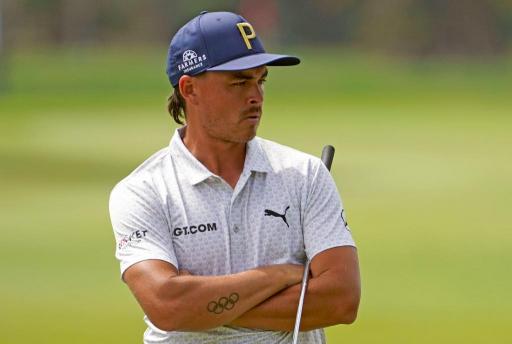 Legendary golf coach Butch Harmon has promised the best is yet to come from Rickie Fowler after another encouraging finish at the ZOZO Championship on the PGA Tour.

Fowler joined forces once again with Harmon in early September after going separate ways with John Tillery. Fowler also has Ricky Romano on the bag after splitting with long-term looper Joe Skovron who now carries for Tom Kim.

Speaking to SiriusXM PGA Tour Radio, Harmon admitted that Fowler, a five-time winner on the Tour, hit rock bottom after dropping to 185th in the world rankings at the end of last season.

He is winless on the PGA Tour in three years, but Harmon believes the 33-year-old is developing the swing patterns and attitude that saw him reach fourth in the world rankings and finish in the top five of all four majors in 2014.

"In Rickie's case, he hit rock bottom and when you hit rock bottom, it's much easier to work with someone when they're on their way down," Harmon said.

"They're still experimenting and trying stuff. When a guy gets down to where Rickie was - he was a perennial top-10 in the world and he fell all the way below 150th in the world.

"There are really good things in Rickie Fowler's future that we're going to see."

Butch Harmon and Rickie Fowler are back together, and the results are already showing. What's next? Butch and Kraig Kann discuss on Connected.@RickieFowler | @kraigkann pic.twitter.com/fGbAKLZ25z

"He had to make some changes and he knew he had to make them. He knew it was easy for me, because I had worked with him before, to help him make those changes.

"The one thing I will tell you - Rickie has always been a great putter as you know. He didn't putt well in this stretch of bad play. The reason being, when you're putting for pars instead of birdies, it puts a lot of pressure on you.

"I think he's freed himself up now with his ball-striking, he's hitting so many more greens in regulation, he's hitting the ball further and longer. He loves what he's doing swing-wise and all of a sudden, the putting has come back a little.

He may have missed the cut at the Shriners Children's Open, but he finished tied sixth at the Fortinet Championship and tied second at the ZOZO Championship.

Many thought that he was about to win for the first time since the 2019 Waste Management Phoenix Open in Japan, but he finished one shot behind Keegan Bradley.

He is in the field once more this week at the CJ Cup at Congaree, where he was spotted adopting a similar practice technique to Bryson DeChambeau on the driving range.