Cameron Smith on LIV Golf chatter? "I've tried to block it all out"

Cameron Smith was asked again about a possible defection to the LIV Golf Invitational Series before the Tour Championship at East Lake. 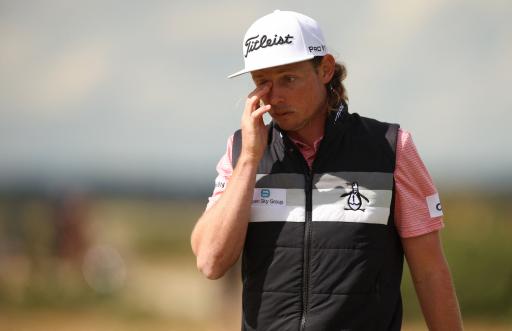 Cameron Smith says he has been trying to "block out" all the noise over his alleged forthcoming defection to LIV Golf.

Speaking to GolfDigest ahead of the Tour Championship at East Lake, Smith once again refused to entertain talk of his future.

It's understandable that he wouldn't bite. But one thing he did admit is that he doesn't believe a six-stroke deficit is too much to make up as he attempts to win a cheque for $18million this week.

Smith was forced to withdraw from the BMW Championship last week, citing discomfort in his hip. It led to theories he was upset with the PGA Tour.

That was because he was on the receiving end of a delayed, two-stroke penalty for not playing his golf ball in the correct place following a penalty drop at the FedEx St. Jude Championship two weeks ago.

In another interesting development. Smith has been paired with Rory McIlroy at East Lake. The Northern Irishman has made no secret about what he thinks about the controversial, Saudi-financed series.

Smith told the publication: "I have tried to block it all out. Like I've said all along, I'm just here to play really good golf. My goal this week is to make lots of putts and try to be the first Australian to win the FedEx Cup."

The 29-year-old Australian's withdrawal from the BMW meant that he dropped from third to sixth in the FedEx Cup standings, meaning that he will begin the Tour Championship a 4-under, six strokes behind Scottie Scheffler.

"Mate, to be honest six shots … it's not that much. The course is a little wet, which will mean I'll hit more fairways and have more looks at birdie.

"East Lake is a tough track to lead on and if you are scrambling for par all day, this course will make you pay. I don't even think 10 shots is a lot. It wouldn't surprise me if, one year, one of the guys from 25 to 30 came up the leaderboard and won everything."

Smith told the publication that he only practiced one last week. He spent the rest of the time stretching and trying to improve the mobility in his hip.

He added: "[A win] would be an incredible end to a really good season. There's no reason why I can't come out and get it done."