The Tour Championship may appear to be a foregone conclusion with World No.1 Scottie Scheffler at the top of the pile, but we have picked out some value bets at East Lake. 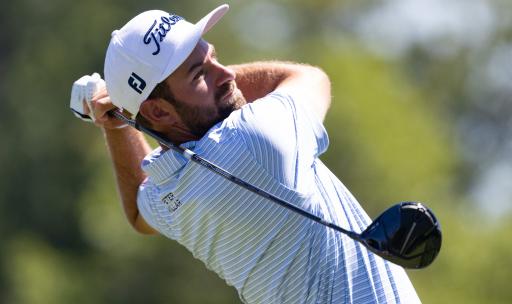 Since 2019, the Tour Championship has taken on a new format with a staggered start, putting the leader of the FedEx Cup standings at the top of the pile with everyone else in behind.

This system supposedly makes it clearer for the players and the viewers to establish who needs to shoot what score in order to pick up the $18 million bonus on Sunday in Atlanta.

In previous years, we have relied on various points calculations and projections to decipher who will finish at the top of the points list. This is now not an issue, but this latest system has come under scrutiny before.

Patrick Cantlay, who won the FedEx Cup in 2021, yesterday admitted that he wasn't a fan of the system, but also said he doesn't know what the solution would be.

Cantlay is the first player we want to tip to win back-to-back FedEx Cups. He will begin the week at East Lake two shots behind Scottie Scheffler on 8-under-par with Scheffler on 10-under.

The 30-year-old has had an astonishingly solid season. He has 11 top-10s in 19 starts in 2022 which includes wins at the Zurich Classic of New Orleans and the BMW Championship. He became the first player to successfully defend a FedEx Cup Playoff event at Wilmington Country Club last week.

He has also lost in playoffs at the WM Phoenix Open and the RBC Heritage to Scheffler and Jordan Spieth, so it has also been a season of what could've been for the World No.3.

He is currently 7/2 (SIGN UP HERE WITH BET365) to win the FedEx Cup and I think this represents good value. He is starting ahead of the vast majority of the field and he is only two shots behind Scheffler which can easily be made up over four rounds.

Our second bet comes in the shape of Cameron Young who is 50/1 (SIGN UP HERE WITH BET365) to win the FedEx Cup and finally win on the PGA Tour, having come second on five occasions in 2022.

The 25-year-old is nailed on to win Rookie of the Year. He is ranked second in strokes gained off the tee, sixth in birdie average and 13th in overall strokes gained.

He put on a superb performance at The 150th Open Championship, making an eagle on the 72nd hole to finish second behind Cameron Smith who plays in the Tour Championship despite his strong links to the LIV Golf Tour.

The only issue is that Young will begin the week on 3-under-par which is seven shots behind Scheffler. This explains his price and although this is a very large gap behind the best player in the world, 50/1 is a fair price for someone whose first win is just around the corner.