Cameron Smith's agent Bud Martin has confirmed the 28-year-old Australian will not be playing the BMW Championship on the PGA Tour. 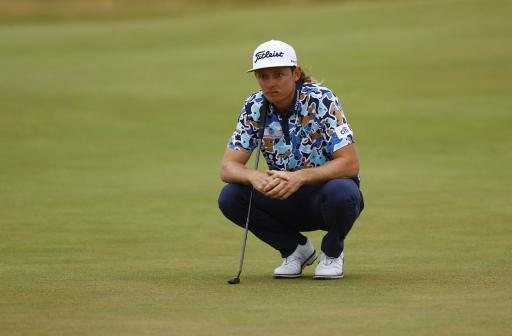 Cameron Smith has been forced to withdraw from the forthcoming BMW Championship on the PGA Tour due to a hip injury.

The PGA Tour official communications team confirmed the 28-year-old Australian has been suffering with the issue for some time.

"Unfortunately, Cam will be unable to compete in the BMW Championship this week in Wilmington, Delaware," a statement from his agent Bud Martin said.

"He has been dealing with some on and off hip discomfort for several months and thought it best to rest this week in his pursuit of the FedExCup."

Smith is currently ranked third in the FedExCup standings.

He finished T-13 at the first FedExCup playoff event last week on 9-under par, six strokes behind the eventual champion Will Zalatoris, who won the FedEx St. Jude Championship via a thrilling three-hole playoff.

The World No.2 has been consistently linked with a move to the LIV Golf Invitational Series in recent months.

According to The Telegraph, he has already penned a contract with the controversial series for a deal reportedly north of $100million.

Related Articles
PGA Tour pro uses Nick Faldo example to explain why golf broadcasts are "s***"
Shane Lowry: "I don’t think I have ever had so many bogeys and doubles!"

The 150th Open winner admitted after his first round last week that he was "ready to cop some heat" in what some have interpreted as a clue to his future path.

It is said that Smith would be the team captain of an all-Australian side in the LIV Golf Tour, which has confirmed that there will be 14 global events next season with a whopping $405million in prize money.

Smith admitted that he was at times distracted during the first postseason event on the PGA Tour.

This wasn't helped due to the fact that Smith and Scottie Scheffler, the World No.1, were involved in a moment that caused a social media storm.

Scheffler walked in front of Smith, who was attempting to read his putt. He then gave the Masters champion a baffled look.

The moment led to assumptions that Scheffler, 25, was making his feelings known about Smith's apparent, forthcoming defection to LIV Golf.

The pair later were joking about the incident. And they even were reportedly thinking of hatching a plan to recreate the hilarious moment to further stoke the flames.

Smith was also on the receiving end of a controversial, two-stroke penalty in the tournament. He was adjudged to have fallen foul of the rules when he was forced to take a drop at the par-3 fourth hole.

That, of course, led to further conspiracy theories that the PGA Tour were taking a shot at Smith.

Though the PGA Tour's chief referee, Gary Young, claimed this was not the case.