Cameron Smith carded a 65 on day two of the FedEx St. Jude Championship to get within three shots of the lead at the halfway stage in Memphis. 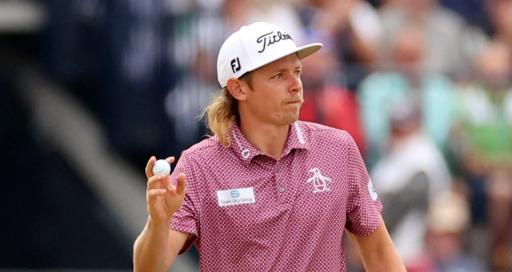 LIV Golf rebel-elect Cameron Smith shot 5-under-par in the second round of the FedEx St. Jude Championship to sit just three shots behind J.J. Spaun at the halfway stage.

Playing alongside World No.1 Scottie Scheffler and Sam Burns, Smith moved to 8-under-par and he is in contention to secure the seventh PGA Tour title of his career.

All eyes are on the Australian this week as he revealed he is ready to take criticism that comes his way as a result of his inevitable move to the LIV Golf Tour.

Although the players who have moved over to the controversial new league have been removed from the FedEx Cup standings, the 28-year-old's move isn't official yet which is why he can and likely will compete for the $18 million winner's prize presented at the Tour Championship.

Smith carded a 67 on Thursday and he began the second round solidly with three birdies in his opening eight holes. He is looking for his fourth win of the season.

Despite making a bogey on the 15th hole, the man from Brisbane birdied the 14th hole and made a magnificent eagle on the par-5 16th hole. This was his second eagle of the week after his heroics on the 13th hole in round one.

Ahead of the tournament in Memphis, Smith refused to comment on the strong links between him and the LIV Golf Tour, something he also refused to speak about after becoming the Champion Golfer of the Year at St Andrews.

If Smith was to join Greg Norman's forces on the Saudi-backed series, it would be the most significant acquisition yet as the World No.2 who recently secured his maiden major trophy in July.

Tony Finau is looking to become the first player to win three consecutive events on the PGA Tour since Dustin Johnson in 2017, following up on his wins at the 3M Open and the Rocket Mortgage Classic.

The American's 68 on Friday was his 11th consecutive round of 68 or better on Tour. He is 8-under-par alongside Smith and three shots behind the leader Spaun.

Spaun, the winner of the Valero Texas Open back in April, leads by one shot from Sepp Straka and Troy Merritt after rounds of 62 and 67, looking for his second win on Tour.