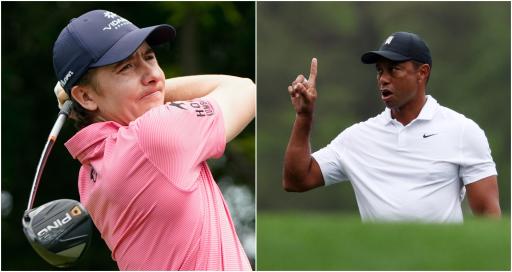 Carlos Ortiz has revealed his brother Alvaro used to get so angry playing video games like Tiger Woods PGA Tour he would throw multiple controllers at his head.

It is a special week for the brothers on week 17 of the PGA Tour schedule.

For the first time, the Mexico Open will be played on the circuit and it is being held in the brothers' home state of Jalisco.

As you can imagine with brothers close in age, their upbringing was fiery and competitive. Boys will be boys.

During their press conference ahead of the week, the duo were asked about their earliest golf memory.

Taking a trip down memory lane, Carlos revealed that he doesn't have any memory without golf.

But he also revealed that things got violent with his brother who he described as a "sore loser".

So much so, he claimed he had many controllers lobbed at his head when playing the popular EA Sports video game Tiger Woods PGA Tour.

He said: "Since I remember, golf has been part of my life. We've always been together.

"We've competed not only in golf, but in everything. I've had many Nintendo controllers thrown into my head by him.

"He was a sore loser, he still is. But it's been fun having him be involved in golf.

"And as competitive as I am, it's been great for us. I think that's pushed us to be better and work harder.

"Every time we're back home, we're like this, we try to play together and we always have a competition.

"And we both love it when we beat each other because we can give each other s--- as much as we can.

"As you hear him, he's already giving me -- like he's happy I'm healthy that he's going to beat me. So we'll see."

Carlos revealed when they were growing up they played all sorts of games against each other.

On one occasion they broke a neighbour's window playing football.

"Nintendo, FIFA, even the Tiger Woods game. Even the Formula 1 game right now," he said.

"And he's a sore loser, truly a sore loser. He used to break a controller per week, like explode. He would not like it."

Alvaro interjected: "What can I say, I'm fiery."

He added that their other brother "is the crazy one now".

Still, there was time for a serious moment before the brothers departed their press conference.

They were both asked what quality they admire most about each other.

Alvaro said of his brother: "I mean, to be honest, it's hard to pick one thing, but I would say just like his loyalty to our family.

"That's one thing that I really admire about him.

"It doesn't matter when or where he is or what he has going on, like if you call him, he'll show up.

"That's one trait that I look up to him and I try to emulate."

Carlos said: "His career's not been easy. Like all of us, he's struggling but somehow he finds a way to fight and get to the next level and he's done that unbelievable.

"I've seen him, he's not even come close to play his best golf, or not even half. He's already on the Korn Ferry and finding a way playing half assed, he's not all there.

"I know the day when everything clicks, he's going to be on another level.

"I just admire that he finds a way to make things happen even though he doesn't have his best yet."