The Spaniard had a frustrating day just days before the Ryder Cup in Whistling Straits. 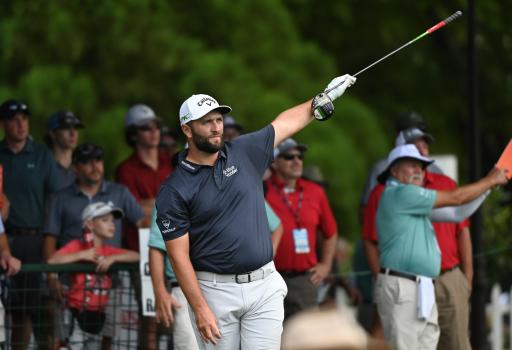 Jon Rahm missed the cut at the Fortinet Championship days before the Ryder Cup as Phil Mickelson moved his way into contention.

Rahm had a visibly frustrating day and struggled to get the flatstick working at the Silverado Resort and Spa.

He carded a 1-under 71 to finish just inside the red for the tournament which was not enough to get inside the cut line at 3-under-par.

Mickelson moved his way through the field and putted well to move into contention, making the cut comfortably.

The vice-captain to Steve Stricker followed up his opening round of 70 with a 69 to see him at 5-under-par through 36 holes.

Rahm struggled again to get anything going but made birdie at seven.

He held his arms aloft to the crowd following the young Spaniard as a putt finally dropped for him.

But he couldn't find any real momentum on the back nine in Napa, California.

Rahm told the media he was struggling with a stomach virus at the beginning of the week.

One positive for the great hope for the European team is that he seems to be feeling better already.

Maverick McNealy holds the clubhouse lead after 36 holes after shooting rounds of an opening 68 and an 8-under-par 64.

Rookie of the year Will Zalatoris (9-under) and Matt Kuchar (8-under) make up the rest of the top 10.

Gave it a chance to go in.

Phil Mickelson birdies the 8th to get to 3-under, the projected cutline. pic.twitter.com/fdBVpK7Rzj