Viktor Hovland won his second PGA Tour title at this event last year. Can anyone stop him in Mexico this time around? 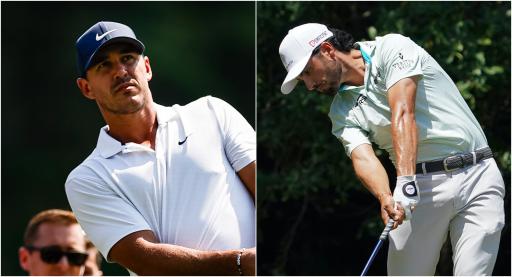 The PGA Tour's globetrotting swing has taken us to Japan and Bermuda and now we are in Mexico for the World Wide Technology Championship.

Viktor Hovland won what used to be called the Mayakoba Golf Classic last season, finishing one shot ahead of Aaron Wise.

The Norwegian is making his third appearance of the new season having finished tied 44th at the Shriner's Children Open and tied 18th at the CJ Cup in Las Vegas.

A strong field will be present at El Cameleon Golf Club in Playa del Carmen. Ryder Cup heroes such as Justin Thomas, Brooks Koepka and Scottie Scheffler are in the field.

Home favourite Abraham Ancer, who won the WGC-FedEx St. Jude Invitational last season, will be hoping to continue his fine form in front of his Mexican supporters.

Take a look at our three selections for the World Wide Technology Championship.

You can't look any further than the home favourite, especially at this price. Ancer was extremely impressive last season, making nine top-10 finishes on the PGA Tour, as well as earning his breakthrough victory.

Now ranked at 14th in the world, Ancer was ranked fifth in driving accuracy, 12th in scoring average and 15th in strokes gained in total last season. His form combined with playing in front of a home crowd could make him very hard to beat.

Brooks Koepka hasn't shown any form so far this season, but you simply cannot overlook a four-time major champion at 33/1.

He earned his eighth PGA Tour title at the Waste Management Phoenix Open earlier in 2021, along with runner-up finishes at the Workday Championship and the PGA Championship.

The World No. 13 is a competitive beast and I would suggest backing him every week for as long as he remains so overpriced.

Justin Rose disappointingly missed out on the FedEx Cup Playoffs last season, but he will no doubt be back with a vengeance in the 2021/2022 season.

This tournament has been the target since he finished tied 57th at the CJ Cup. His top-10 finishes at The Masters and the PGA Championship last season show there is still a burning flame in the 41-year-old's game.

60/1 is a huge price for a 10-time PGA Tour winner and major champion and much like Koepka, it is never a shock to see him towards the top of the leaderboard.

NEXT PAGE: JORDAN SPIETH BACK IN WORLD'S TOP 10 FOR FIRST TIME IN THREE YEARS