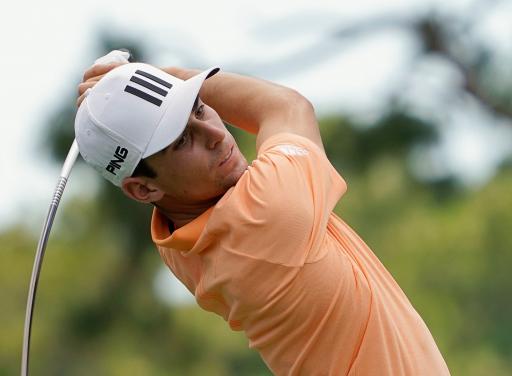 The phrase "swing your swing" has never been more appropriate in the modern era of golf as gone are the days where every golfer is coached to swing exactly the same.

There's always been a few players in the past who have swung it a little differently and have had plenty of success playing golf their way, with Jim Furyk coming to mind.

But in the modern era of golf we now have technology available that can provide golfers with all the data they need about their swing and there are so many unique swings that work for different players.

There are still plenty of players who have a 'traditional' golf swing and it's still a joy to watch. Two players that I personally love to watch are Louis Oosthuizen and Adam Scott, who both have that classical smooth swing.

But we now have players such as Bryson DeChambeau and Matthew Wolff who swing it completely differently to what we were used to seeing years ago and it's great to see such variety out on the PGA Tour.

One player who has a rather unique swing is Joaquin Niemann, the 22-year-old rising star from Chile, who shows a crazy amount of flexibility when he gets to impact.

During this week's Valspar Championship, the PGA Tour posted a video that showed the swings of World No.1 Dustin Johnson, No.2 Justin Thomas and Niemann, who have been grouped together for the opening two rounds.

All three players have very different swings, with Johnson bowing his wrist, Thomas getting his hands as verticle as he can and Niemann with his intriguing position at impact.

CHECK OUT THEIR SWINGS IN THE CLIP BELOW:

Most golf fans who watch the PGA Tour on a regular basis will have seen Niemann's swing countless times, but the PGA Tour's post still caused a reaction.

"My back hurts watching Niemann swing," said one golf fan.

"Niemann at impact looks like every mom gossiping on the phone with one of her gal pals while checkin her nails thinking to herself 'I gotta get these done one of these days'" joked another.

NEXT PAGE: Michael Visacki touched by worldwide support as he makes his PGA Tour debut