Graeme McDowell: 'I have to stop looking for a MAGIC POTION that doesn't exist' 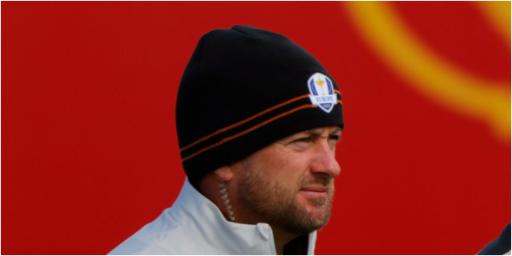 Graeme McDowell has admitted he's had another reset again but he'll keep looking for the fountain of youth.

In an interview with Golfweek, G-Mac described how when he pegs it up this week in Las Vegas on the PGA Tour he'll be a different version of himself.

He told the publication that before Covid19 he would have labelled himself as G-Mac 2.0, but now he's the 3.0 version of himself after a mental reset.

The Northern Irishman had a forgettable 2020-2021 season after he made five cuts in 15 starts and fell as low as 236 in the world rankings.

When McDowell went through his last "difficult spell" he admitted it was purely for a selfish reason - he wanted to spend a bit of time with the kids.

But last year he was injured which led him to what he described as a "science expieriment gone wrong" when he wanted to tweak a few things with his swing coach.

That forearm injury kept him out of action for nine weeks.

He told the Golfweek: "The couple of months I was out this summer gave me time to reflect and I’ve come to the conclusion that what’s going to hold me back the next few years isn’t physical, it’s mental.

"It’s not just me. I’m long enough to compete on certain courses, my iron play, chipping and putting is good enough to compete anywhere. I have to start doing what I do better instead of looking for some magic potion that doesn’t exist."

Genuinely, one of the happiest moments I’ve ever had on a golf course.
Was such a good shot. @Graeme_McDowell you’re awesome pardz. @Zurich_Classic pic.twitter.com/uota1uz59W

McDowell said he struggled without the crowds during the pandemic era as having lots of eyes on him naturally tightens his focus.

He said during that time he spent a lot of time on the road with bubble pal Shane Lowry, while he also kept busy building a gym in his garage.

"I'll keep looking for the fountain of youth, and keep up my work physically," he said.

This is a different McDowell. He's a fan favourite and when he's on he's really on.

Hopefully for G-Mac 3.0 he can show us the type of form that has seen him become a major champion and a Ryder Cup winner.

NEXT PAGE: DANNY WILLETT IS BACK WHERE HE BELONGS