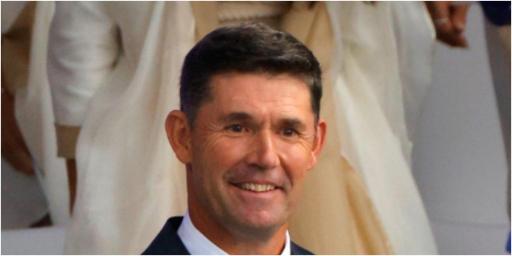 Padraig Harrington has given his opinion on the move by golf's governing bodies to try and "Bryson-proof" courses.

It was announced recently that tournament organisers and courses will have the option next January whether to activate a new local rule.

This story has been rumbling on for some time and Phil Mickelson has appeared to be up in arms about it.

It would mean that Mickelson and the rest the fields are limited to using clubs that are no longer than 46 inches.

MORE: THIS KID STOLE THE SHOW AS TIGER WOODS FOR HALLOWEEN

MORE: DOES THIS COUNT AS A HOLED PUTT?

Mickelson was furious with the move and even compared the USGA to Forrest Gump when the news was confirmed.

"Stupid is as stupid does," he Tweeted.

Harrington was asked about this at a press conference this week.

"I don't think it was... I do agree I think it's difficult to swing a 48-inch driver so, y'know, it's not like it's straight-forward.

"You supposedly gain 2mph of clubhead speed per inch of the shaft, assuming everything else stays equal but it doesn't stay equal when you go longer.

"Anyway the year I used it I led driving distance and I was... I led overall driving at the Masters with that club.

"And yet I couldn't use it the following week. Y'know, on certain courses it worked okay.

"Look, I think it's a small gesture but not the one that's really needed."

Padraig Harrington joined this week's Phireside with Phil to share a story about losing a bet to Lefty and being left with a five-figure check at dinner. pic.twitter.com/pG4tbRW3KN

Harrington did not go into detail about what other proposals he thinks could work.

But he added: "Players are going to hit it harder going forward.

"Even if you put a small head on it they're going to learn to hit that hard."

He continued: "At the end of the day when it comes to distance for me... if I play with somebody who hits the same distance as me.

"If I hit it five yards passed him I feel good and if I hit it short of him I feel bad at whatever yardage I'm expecting.

Harrington explained that he thinks the rollbacks will not change "the enjoyment of the game".

NEWS: THE 10 BEST PLACES TO PLAY IN THE UK

NEXT PAGE: TIGER WOODS' NIECE IS ENGAGED TO MLB STAR