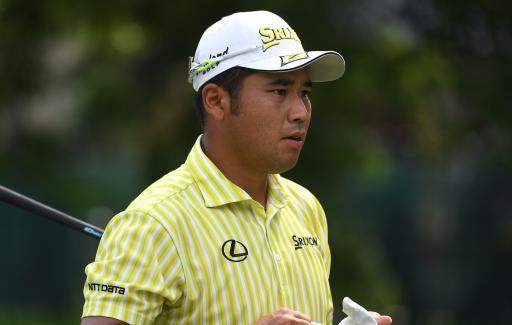 In front of his home crowd in Japan, the Masters champion secured the seventh victory of his PGA Tour career and his second win in 2021.

Cameron Tringale, who took the lead at the turn on Sunday, has now finished second for a fourth time on the PGA Tour and he still waits for his first victory. He is still the tour's biggest earner who still hasn't won an event.

"The second shot there at the 18th hole was the clincher!"

Matsuyama began the final round one shot ahead of Tringale on 10-under-par. He made a steady start with five straight pars before carding his first eagle of the day at the par-5 6th hole.

With back-to-back birdies at the 9th and 10th holes, the World No. 69 Tringale took a one-shot lead on 12-under-par, but it was this stage when Matsuyama took over.

The 29-year-old pulled away with birdies at the 11th, 13th and 15th holes to reach 14-under-par. He may have bogeyed the 17th hole, as did Tringale, but he provided an emphatic finishing touch.

Matsuyama's approach to the par-5 18th green almost landed in the hole. He rolled in his putt for his second eagle of the day to win by five shots from Tringale on 15-under-par.

Tringale hardly made a mistake on Sunday, but he had to settle for the runner-up spot alongside fellow American Brendan Steele.

NEXT PAGE: COLLIN MORIKAWA DID SOMETHING HE HAS NEVER DONE BEFORE AT THE ZOZO CHAMPIONSHIP