How much Justin Thomas, his father and all the teams won at the PNC Championship

Check out the full prize money payouts for the PNC Championship. 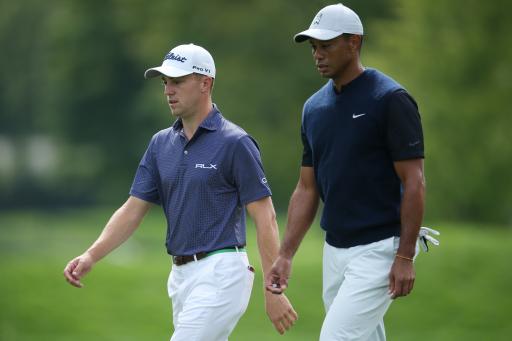 Justin Thomas and his father Mike claimed the PNC Championship after they beat Vijay Singh and his son Qass by one stroke, in the unique scramble event featuring a field of 20 teams.

The field is open to major winners and to those who have won the Players Championship, who team up with a family member to try and win the two-round event.

World No.3 Thomas and his dad were clinical during the second round and Thomas Snr rolled in the pair's final birdie of the day at the last, to eventually win by one.

"This is a real highlight and the most normal part of this crazy year and we had so much fun out there," Thomas Jnr said. "My dad played great today and made a lot of putts which made it easy on me."

Tiger Woods and his 11-year-old son Charlie formed one of the most entertaining teams in the field, with Charlie showing off his sensational potential, which at times was like watching a young Tiger.

The purse is of course nowhere near as big as we usually see on the PGA Tour, due to the unusual format of the event, but Team Thomas still took home $200,000 for winning the tournament, with Woods and his son winning $47,000 for their seventh place finish.

Take a look at the full prize money breakdown in the list below.