Tiger Woods has a reported net worth of nearing $900million. This is how much tax he reportedly paid last year. 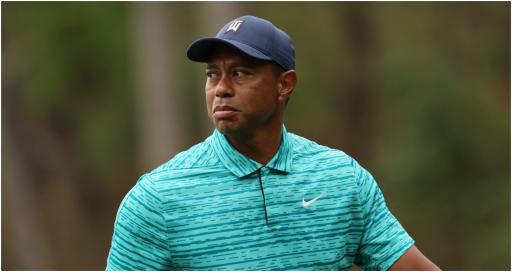 If reports are to be believed, Tiger Woods has amassed a net worth approaching $900million in his illustrious career.

And last year, bookies.com have reported that Woods, 46, made approximately $60million.

Of course, that takes into account money made from his equipment deals with TaylorMade, Nike and other brands.

One of Woods' biggest rivals over the years has been Phil Mickelson and, he is also in the top-20 of taxpayers on the list.

Mickelson is currently in self-imposed exile but is reported to be nearing a return to golf.

Lefty has been filmed in the last few weeks hitting drives and looked like he was sporting a beard.

The 51-year-old, who became the oldest man to win a major last season, has filed entries into the U.S. Open and the PGA Championship.

He has also asked the PGA Tour for a waiver to compete in the first LIV Golf Invitational Series event at Centurion Club next month.

Mickelson has not confirmed his comeback. The website says Mickelson has paid $21.6million in tax in the last 12 months.

It was revealed that the highest-taxed star is the LA Lakers' LeBron James with a tax bill of $58.98million from his $96.5million earnings.

That is because James lives in California. The region has the highest income tax rate in the United States.

Woods won $8million for having the biggest impact on the sport that is calculated by a number of metrics.

Dustin Johnson is also on the list of most-taxed athletes.

He ranks at number 11 in earning $44.5million last year and keeping $27million of that.