Tiger Woods returns to the public eye as tournament host of the 2022 Genesis Invitational on the PGA Tour. Here's all you need to know. 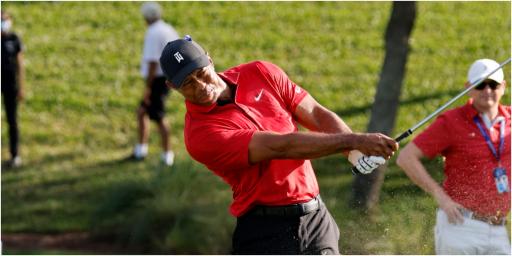 Tiger Woods returns public eye once again for the first time since finishing second with his son Charlie at the PNC Championship.

Woods is the tournament host at the Genesis Invitational at Riviera Country Club, a venue where he has never tasted victory.

Not that he hasn't tried. He's played here on 10 occasions and never emerged a winner. Back in 1996, it was known as the LA Open.

It was his first tournament stop as a professional as a skinny, 16-year-old kid with baggy pants everyone was talking about.

Why he has never won doesn't remain a mystery to Woods, 46. "Historically, I have never really putted well here," he previously said.

It was the last tournament he played before he crashed his luxury SUV on 23 February last year, leading to three months in a hospital bed.

Back to the present day, and it's Max Homa who arrives here as the defending champion having beaten Tony Finau in a playoff last year.

Homa, a Los Angeles native, stood with a beaming smile alongside Woods, his golf hero, to mark his second victory on the PGA Tour.

What do I need to know?

TV schedule in the United States (all times Eastern Time)

How to watch the PGA Tour on ESPN+

What are the odds?