Will Bryson DeChambeau put a nightmarish season that has been dogged by injury back on track? 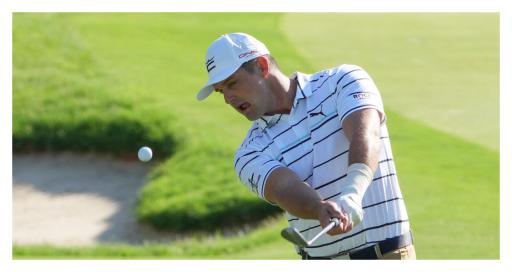 Bryson DeChambeau looks set to return to the PGA Tour at Memorial after posting an update on his Instagram stories.

DeChambeau, 28, is flying to Muirfield Village Golf Club in Dublin, Ohio to make his long-awaited return. "It's time," he wrote.

If all goes well, then DeChambeau could perhaps finally get a nightmarish season back on track.

It has been dogged by two injuries. Specifically, a torn labrum in his hip and a fracture to the hamate bone in his left wrist.

Incidentally, DeChambeau injured that wrist in a game of ping pong at the Saudi International in February against Joaquin Niemann.

In his words, the 2020 U.S. Open champion "Charlie Brown'd" himself and fell squarely on his face, using his hand to break the fall.

Since then, he's tried to carry on but to no avail. He played the WGC Match Play and also the Valero Texas Open before the Masters.

After missing the cut at Augusta National he decided to go under the knife. As a former champion at Jack's place, it marks a fitting return.

It also co-incides with the expected announcement of who will be in the field for the first Saudi-backed LIV Golf Invitational Series.

Last week bosses at LIV Golf were forced to delay their announcement. It is expected to be made public this week.

DeChambeau was widely reported to be on the verge of ditching the PGA Tour in favour of the rebel tour.

But following Phil Mickelson's remarks being made public, DeChambeau released a statement clarifying his future.

As long as the best players in the world are playing on the PGA Tour then DeChambeau will play there, he said.

DeChambeau was also scheduled to talk to the media today at a press conference.