Jason Day has teamed up with Jason Scrivener at the Zurich Classic of New Orleans on the PGA Tour. 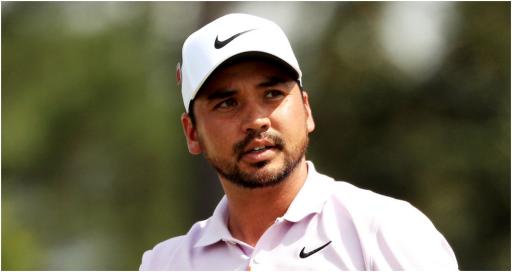 Jason Day is in contention on the PGA Tour again after years of struggles with a teammate not many people have heard of.

The former World No.1 has teamed up with Jason Scrivener at the Zurich Classic of New Orleans.

Not many people in the golf world are familiar with Scrivener as he's currently ranked 188 in the OWGR.

They share the same agent and Scrivener asked "Jase" if he needed a teammate one day and the rest is history.

The Australian duo found themselves at T-6 heading into moving day and trailed leaders Patrick Cantlay and Xander Schauffele by three strokes.

An interesting fact about Scrivener, according to the official PGA Tour website, is that his cousin is the daughter-in-law of Camilla, the Duchess of Cornwall, the wife of Prince Charles.

Scrivener has reportedly shared a meal with Prince Harry and Prince William.

The 33-year-old mainly plies his trade in Europe but he played at last year's Open Championship where he missed the cut and tied for 23rd at Kiawah Island at the 2021 PGA Championship that Phil Mickelson won.

Day and Scrivener carded a 7-under par fourball in Thursday's opening round and matched that total in the more demanding foursomes format.

Day, 34, was asked about where exactly he feels his game is right now.

It's been a tough few years with back injuries and earlier in the year he sadly lost his mother to cancer.

Does he feel like he is attempting to manufacture a comeback?

"I think the biggest thing is I've just got to keep knocking off these process goals each and every day.

"Yeah, obviously it would be nice to win, but I can't think about outcome stuff because obviously that's going to stress me out if I think about it too much and things don't happen my way.

Day last won on the PGA Tour at the 2018 Wells Fargo Championship at Quail Hollow with a two-stroke victory.

He'll hope that this weekend he can finally enter the winner's circle again.