Joaquin Niemann and Mito Pereira FORCED OUT of Zurich Classic

Joaquin Niemann and Mito Pereira had to withdraw from the Zurich Classic of New Orleans on the PGA Tour after 18 holes. 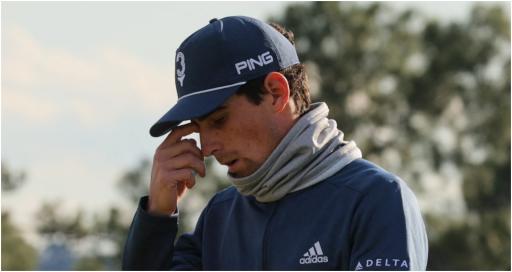 The duo of Joaquin Niemann and Mito Pereira were forced to withdraw from the Zurich Classic of New Orleans due to the latter sustaining a back injury, the official PGA Tour communications team have said.

Niemann and Pereira had made a solid start to the only team event on the PGA Tour schedule after carding a 5-under par 67 at TPC Louisiana.

It is not yet clear how bad Pereira's injury is or how he sustained it. Pereira is currently ranked 96 in the OWGR and has already put in a number of impressive performances on tour.

The 27-year-old has won three times on the Korn Ferry Tour and is thought of as a future winner.

Niemann, who is ranked inside the world's top-20, has also been in good form.

He had a tough start to his season but finished inside the top five at the World Wide Technology Championship at Mayakoba last November and has since gone from strength to strength.

The team of Joaquin Niemann and Mito Pereira withdrew from the Zurich Classic of New Orleans prior to the start of round two, due to a Pereira back injury.

Niemann placed inside the top-10 in back-to-back tournaments at the Saudi International and Farmers Insurance Open before he broke through and won his second PGA Tour title at Tiger Woods' Genesis Invitational at Riviera.

The Chilean also set a 54-hole scoring record on the way to that win.

Cameron Smith and Marc Leishman are the defending champions of the Zurich Classic.

Patrick Cantlay and Xander Schauffele held the 18-hole lead after signing for an incredible 13-under 59.