PGA Tour pro Joel Dahmen admitted the anxiety of having a real job is driving him forward as he made his move at the RSM Classic. 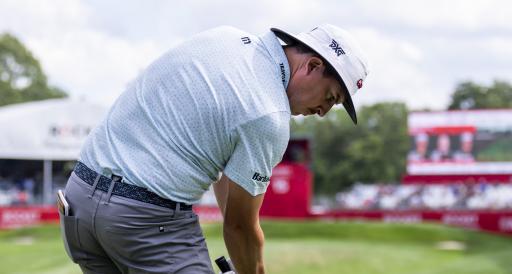 Joel Dahmen conceded he's scared of having a real job and he's motivated by fear every time he tees it up as he moved into position after two rounds at the RSM Classic on the PGA Tour.

Dahmen signed for a somewhat indifferent opening round of 3-under 67 on Thursday.

It was a completely different story on Friday, however, as he carded a flawless round of 8-under 64.

He joked the best part was beating Ireland's Seamus Power on the day.

But really, it's the anxiety of potentially failing at this golf thing that drives him.

"Golf's hard. Golf is very hard and it can go sour quickly. To play with freedom for a year and a half, two and a half years really, never had that in my career. So yeah, like teeing up in Napa was like OK, we're back at square one. If you don't play well, you don't have a job. I was very aware of that, for sure. And maybe, yeah, I don't think about it necessarily when I'm out there, but there's been a couple extra days of practice for sure. I mean, I've always kind of played better when my back's against the wall a little bit, and it's hard to say your back's against the wall when you're starting out a year, but for the first time in a couple years it was different for me, for sure."

Next page: Pro not happy with PGA Tour at RSM Classic