Tiger Woods once billed pro $25,000 for spilling red wine in his private jet

Camilo Villegas may have just dropped the funniest story about how he landed himself $25,000 bill after spilling wine in Tiger Woods' private jet. 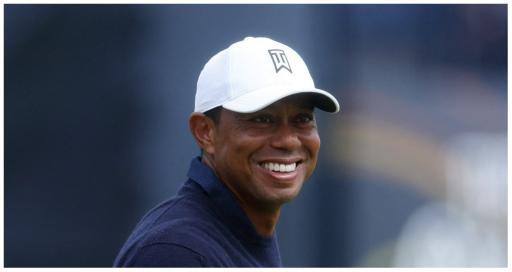 If you love the game of golf then chances are you are a sucker for a good Tiger Woods story.

There are just so many, but Camilo Villegas has an absolute corker. It involves red wine on Woods' private jet and a $25,000 bill.

Villegas, 40, recently joined GOLF's Subpar podcast where the Colombian spoke on a number of topics.

He knew that pretty much everyone that joins the show always shares a story about the big cat. And his one was absolutely epic.

Villegas was reportedly invited to a skins game in Thailand in 2008.

Apparently, this proved troublesome because of a burdensome schedule. He was playing an event the week before and after this skins game.

However, at the time Villegas was signed to IMG. Woods signed with IMG in 1996 and Mark Steinberg became his agent three years later.

IMG reportedly managed to wangle an offer of a lift to Thailand for Villegas aboard Woods' private jet.

As you can no doubt imagine, Woods had his jet kitted out to the height of absolute luxury.

Villegas accepted the offer. I mean, who wouldn't?! Villegas then found himself on the plane with Woods, his caddie Steve Williams and Steinberg.

"We get on the plane and I'm tired man. All I want to do is sleep. And this lady comes out and says, 'Hey guys, what do you want to drink?' And I'm like, 'Well, I'll take a water,' and Tiger looks at me and gives me this look like, 'Dude, you just won the skins game, come on. Don't be a wuss. Have a little freaking wine or whatever with me.' So sure enough I said, 'OK, bring me a glass or red wine,' and they bring me this big glass of red wine.

Related: What are the odds of becoming the next Tiger Woods?

When the plane took off, Villegas forgot about the glass of vino.

"I look to my right and there is red wine flying everywhere. Tiger is to my left, he looks and goes, 'Nice.' I start sweating dude. I'm sweating here. I'm sweating.”
"I'm on the floor for about 40 minutes trying to get this out. It's the side panel, it's the chair, it's the carpet. This is not coming out. Finally I turn around and look at Tiger. I say, 'Bro, just send this thing to get cleaned and send me the bill.'"

Villegas said that he saw Steinberg a few times after the nightmare and asked about the bill. Steinberg didn't say anything about it, only that the wine wasn't coming out.

Fast forward to a few months later at Sherwood Country Club and apparently Woods left an invoice in the Colombian's locker.

Villegas said he paid up. He then ran into Woods the next day as the pair were heading to the gym.

He said he told Woods he was having some problems with the payment.

"I called this lady at your bank, and I said, 'Listen, I need to transfer $25,000 to this bank account.' And the lady goes, 'Sorry, Camilo, that bank account is full. You can't fit a penny in there.'
"And I just see Tiger's face, and to this day I don't know if he thought it was funny, and two, that was the last time I was on that plane."

Next page: Another epic Tiger Woods story, as told by Ryan Fox