Will Tiger Woods use a cart at Hero World Challenge? "This isn't fantasy golf"

The days until Tiger Woods returns to competitive action are counting down as he prepares to play at the Hero World Challenge in the Bahamas. 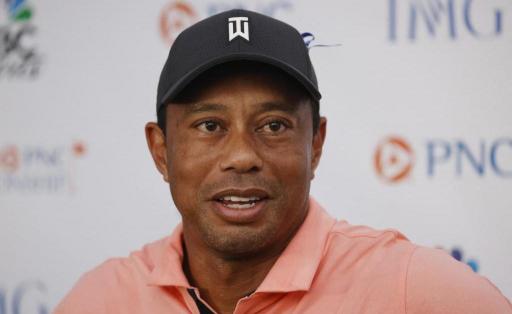 In under two weeks from now, the golf world will be treated to yet another highly-anticipated return of Tiger Woods.

Every time he steps foot back into competitive action, it catches the attention of thousands of golf fans who want to see him back at his best.

His best may be gone now. Woods defied the odds when sensationally winning The Masters in 2019, but after a horrific car accident and life-changing surgery in 2021, a regular rota on the PGA Tour is no longer possible for the 46-year-old.

This is why there is so much excitement surrounding the Hero World Challenge and the month of December in general. We know that what is left of Woods is fleeting appearances on Tour, so we must cherish each appearance.

The 15-time major champion will headline a 20-man field in Albany in nine days' time. The best players in the world will flock to the event which benefits the TGR Foundation.

I am excited to announce that I will be in the field for this year’s #HeroWorldChallenge. A big welcome to @K_Kisner and @TommyFleetwood1 for joining us as well. See you soon at Albany!

Just confirmed that Tiger will *not* be taking a cart at Hero. From someone in his inner circle:

There has been speculation as to whether Woods would use a golf cart to make it through four rounds, not to forget the Pro-Am on Wednesday 30 November. But Barstool Sports' Dan Rapaport put this speculation to bed on Twitter.

"Just confirmed that Tiger will *not* be taking a cart at Hero. From someone in his inner circle: "Can’t take a cart. This isn’t fantasy golf," Rapaport tweeted on Friday.

With footage emerging of Woods caddying for his son Charlie in a junior golf event in Florida earlier this month, he still walks with a limp and the injuries to his right leg from the crash still cause him discomfort.

He managed to get through four rounds at Augusta National in April, but he withdrew from the USPGA Championship at Southern Hills. This was to the relief of many after a clip surfaced of his leg buckling when walking down a slope at the Tulsa venue.

Perhaps increased activity could help Woods and his ongoing rehabilitation. Activity is certainly an approach he's taking in December as shortly after the Hero World Challenge, he is competing in edition seven of The Match with Rory McIlroy, Jordan Spieth and Justin Thomas.

Woods is also expected to play with Charlie at the PNC Championship in Orlando before Christmas too. In each of his last two appearances at the popular father-son event, he has used a golf cart.