Jon Rahm came outright second at the Sentry Tournament of Champions behind Cameron Smith and he earned $810,000 in the process. 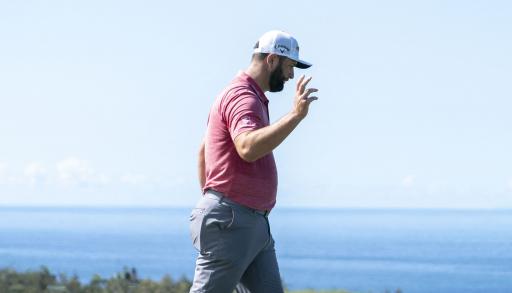 Jon Rahm has become the 44th player in the history of the PGA Tour to surpass the mark of $30 million in all-time earnings.

The World No. 1 matched the record for the number of birdies in a 72-hole event on tour, but fell one shot short of Cameron Smith on 33-under-par.

Before the event, the Spaniard was at the mark of $29,775,822 so his prize at the Plantation Course tipped him over the edge of $30 million.

He is now placed at number 42 in the all-time PGA Tour earnings list. He moved ahead of Bill Haas, Stuart Appleby and fellow US Open champion Geoff Ogilvy.

Rahm broke through on the PGA Tour in the 2016/2017 season when he won the Farmers Insurance Open. Since then, he has picked up trophies at the CareerBuilder Challenge, Zurich Classic of New Orleans, the Memorial Tournament and the BMW Championship.

The 27-year-old won his maiden major title at the US Open at Torrey Pines back in June. Rahm's career earnings have been the culmination of incredibly consistent play.

In 2021, he only missed one cut and finished in the top-10 15 times in 22 events. A second-place finish in the Tour Championship in September also made him another $5 million.

After finishing second at the Sentry Tournament of Champions this week, Rahm spent some quality time with his son in Hawaii. He is certainly suffering from no rust after his three-month break.