Former World No.1 Jon Rahm carded a superb score of 64 in the first round at Vidanta Vallarta to set the joint clubhouse lead. 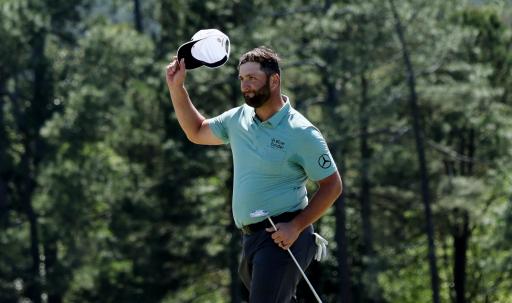 Jon Rahm returned to the PGA Tour in a fine vein of form in the first round of the Mexico Open, shooting a superb score of 7-under-par.

The former World No.1 hasn't made a top-10 finish on the tour since the WM Phoenix Open back in February, but he is the hot favourite to win at Vidanta Vallarta this week.

Rahm began on the 10th hole and he started with three birdies in his first five holes, including a great chip-birdie on the par-3 13th hole.

The highlight of Rahm's round came on the short par-4 7th hole. He took advantage and fired his tee shot on to the putting surface and drained the 30-foot putt for an eagle.

Taking advantage of the drivable 7th.

All in all, Rahm made five birdies on a bogey-free day in Mexico. He currently shares the clubhouse lead on 7-under-par with Americans Jonathan Byrd, Brendon Todd and Trey Mullinax.

We may only be halfway through the first round but we have already had two hole-in-ones on the par-3 5th hole that features an exciting island green.

Kiradech Aphibarnrat was part of the first group to arrive on the 5th hole on Thursday and he hit the perfect tee shot on the 188-yard hole.

Scott Gutschewski made it two later in the day. Gutschewski went on to shoot 4-under-par while Aphibarnrat could only manage a 70.

Aaron Rai and Aaron Wise are currently sitting in second place on 6-under-par, as is the impressive and exciting Sahith Theegala.

Next Page: Tiger Woods touches down in Tulsa ahead of US PGA preparation