Tiger Woods touches down in Tulsa ahead of US PGA preparation

Tiger Woods heads to Southern Hills to play a practice round ahead of a potential second major appearance of 2022. 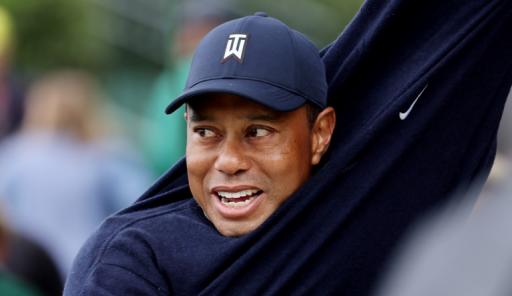 Tiger Woods landed in Tulsa this afternoon ahead of an early practice round at Southern Hills, venue of the year's US PGA Championship from May 19-22.

Woods, who finished a very respectable 47th at The Masters in his first competitive event just 13 months after his horror car crash, is still down on the entry list to compete in the season's second major of the year in three weeks time.

Phil Mickelson, the defending US PGA champion, is also still down on the list but whether or not he will play remains another question given his recent controversial remarks.

Related: Mickelson is being paid an absolute fortune to compete in the LIV Golf Invitational Series

Woods is reportedly aiming to complete his trip to the famous venue, which has hosted seven major championships, to be back to host Tiger Jam at the weekend.

A video of Woods' private jet touching down in Tulsa went viral this afternoon.

Woods, 46, is now playing and walking the full 18 holes at Southern Hills to see how his legs handle the ground and all the slopes around the venue.

Southern Hills holds fond memories for Woods having won the 2007 US PGA Championship there by two shots over Woody Austin.

Woods needs just one more victory on the PGA Tour in order to take the outright record for victories on the circuit, which he currently shares with late great Sam Snead on 82.

He finished tied 37th the last time he played in the US PGA Championship back in 2020 at TPC Harding Park.

Next Page: Dave Portnoy SLAMS Brooks Koepka after he cancelled their match