Jon Rahm on PGA TOUR Player of the Year SNUB: "It doesn't feel too good"

"I felt like I played good enough to be able to earn that title, but unfortunate situations like the one at Memorial cost me, right?" 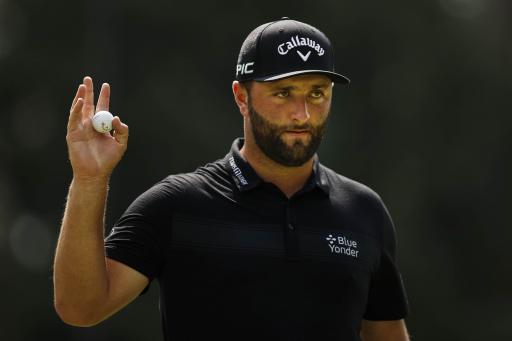 Jon Rahm has reacted to being snubbed for the player of the year by insisting: "Finishing runner-up doesn't feel too good".

Patrick Cantlay was chosen ahead of Rahm despite the Spaniard posting statistically much better scores over the course of the season.

The Spaniard famously had to withdraw from the Memorial Tournament when he was leading but tested positive for Covid-19.

He went on to win the US Open only a month later to claim his first major but couldn't chase down Cantlay at the Tour Championship.

A level-par opening round of 72 leaves him scrambling to make the cut at the Silverado Resort’s North Course.

But perhaps his lethargy could be explained by the fact he had a stomach virus earlier in the week and has barely eaten, he said.

"I know I had … I felt like I played good enough to be able to earn that title, but unfortunate situations like the one at Memorial cost me, right?

"Had I been able to play, maybe win it, I think it would have tipped the balance towards myself.

"Maybe even play in the Olympics, have a good showing and maybe even earn a medal could have tipped the balance as well."