Jordan Spieth: "The worst I've ever putted in a professional event"

Jordan Spieth delivered a damning assessment of his own putting after his performance in Texas ahead of The Masters. 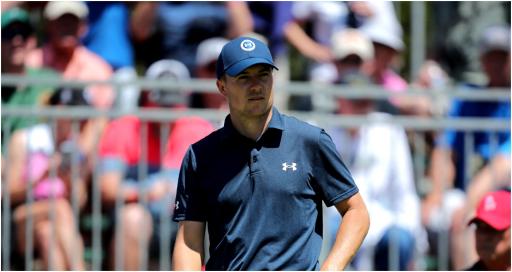 Jordan Spieth says his performance on the greens at the Valero Texas Open was "the worst I've ever putted in a professional event".

Related: Jordan Spieth is "half the player he used to be"

Spieth, 28, was the defending champion at TPC San Antonio at the Oaks Course and had got himself off to a solid start.

During Friday's second round he was on the charge and found himself only a few back from the lead at 4-under par.

It was only a week before The Masters and therefore the last thing he wanted was some unwanted thoughts creeping into his head.

Then it happened. A three putt from all of three feet that would make you audibly gasp. It was a shocker from Spieth.

From three feet this year, Spieth is 171st on the circuit, and he's 150th from five feet.

In the strokes-gained/putting category, he's 141st, a bizarre ranking for a player once regarded as the best putter on earth.

Addressing the media straight after his final round in Texas before jetting off to Augusta, Spieth pulled no punches.

Spieth, who finished T-35th, said: "I just have to address putting, that's it. Everything else is -- I mean, I had no -- I mean, I missed nine putts inside of six feet this week. That's really, really bad.

"So I've got to figure out a stroke feel that gets me comfortable everywhere. It wasn't just -- I missed a lot of mid rangers, too. It was the worst I've ever putted in a professional event."

That's a pretty striking admission from someone who made his debut on tour in 2013.

Spieth caught the attention of golf fans earlier in the season when he was filmed on the range practicing a dramatic change to his tempo.

His swing is a far cry from the Spieth of old. The Spieth who cultivated so many incredible shots. Go get that.

Golf analyst Brandel Chamblee said Spieth's changes allowed himself to dig his way out of his slump, but it has ultimately made him half the player he used to be.

What do you think? Is Spieth going in the wrong direction, or will he surpise us all at Augusta National?