The Texan will have as many starts as he wants on the 2022 Korn Ferry Tour. 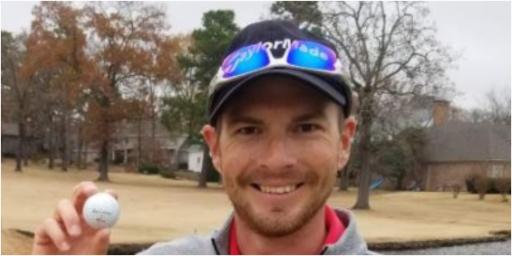 The 32-year-old Texan made a clutch 12-foot birdie putt up the 72nd hole and watched on as Andrew Kozan's effort to force a playoff slid past the cup.

It marked the second time Fischer has won the final stage after he signed for a total of 14-under par at the Landings Club's Marshwood Course in Savannah, Georgia.

His victory means that he has fully exempt status for the 2022 season and in the words of Justin Thomas may be a "future stud" of the PGA Tour.

Made my 6th hole in one today. They always happen when you least expect them. It’s been 8yrs since I made my last so hoping they come in bunches next year. pic.twitter.com/Ghc1qHjTdv

Fischer, who last won the final stage in 2013, told the PGA Tour: "I've made a lot of strides in my mental game and it just really, really paid off today.

"It was awesome. I had a double bogey on 10 that really could have derailed my round, and probably would have in the past.

"I pulled through it and shot even (par) on the back nine, and it was good enough. It was awesome."

John Augenstein, who lost in the final of the 2019 U.S Amateur to Any Ogletree, finished at 1-under.

Here's how it worked:

• The medalist (and ties) receives fully exempt status for 2022

• The remainder of the field receives conditional status for 2022

NEXT PAGE: THIS BUNKER SHOT DID NOT GO TO PLAN